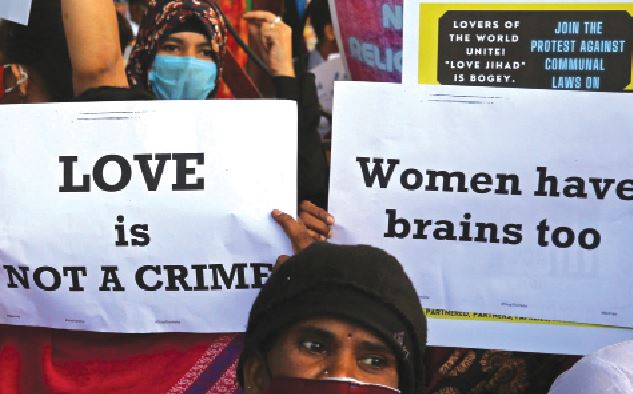 Nah, no New Year greetings from me to you. There is little to celebrate. Nothing much to look forward to. Nothing to talk about, except the gloom spreading out.

Coronavirus is just one aspect. The political scenario is another of those worrying aspects. There are offshoots taking off. One of the absolutely worrying offshoots is fake news. It is nothing but poison. With the godi media spreading out its fangs, it’s time to counter the sheer propaganda.

In fact, the farmers collective sitting unmoving at the Delhi borders have already started publishing a newsletter or one could call it a small-sized newspaper — The Trolley Times — focusing only on facts and more facts, and with that countering the fake news.

It’s about time we get back to those ‘Avadh Punch’ days when decades back the agitated Indians vent their anger-cum-disgust against the Brit rulers through their very own Lucknow-based publication — The Avadh Punch. The popularity of the Avadh Punch venture can be judged from the fact that within a short span this publication had spread out; was published from several other states of the country. Caricatures and cartoons and verse and prose captured the mood of the Indians against the then rulers, After all, the focus was to oust the British!

Till about last week Uttar Pradesh’s Moradabad was known on the national and international circuit as the town famous for its traditional brassware. It houses big fat exporters and lean thin workers and craftsmen. Men manning an entire range of the traditional Moradabadi brassware.

From this week onwards this town of Uttar Pradesh is getting to be known as the town which houses the couple — Pinky and Rashid. They were harassed and hounded not just by several Bajrang Dal men but also by the local cops and the administration, along with the ‘Love Jihad’ strain. The couple was also thrown about here and there — whilst Pinky was kept in a shelter home, her legally wedded husband, Rashid, was imprisoned. In fact, till the date of my filing this column, he and his brother were not set free.

Further trauma followed as Pinky maintains that she was three months pregnant but was given an injection by the Sarkari doctor and thereafter there were bleeding and a miscarriage. Though the sarkar’s men and women maintain that it was mere ‘spotting’ and no miscarriage. But Pinky sounds adamant that it was a miscarriage.

Going by the Sarkari cover-ups and camouflages, I would go by PInky’s statement. That is, she lost her baby, to be nearer precision she was made to abort! Why? Perhaps, because she dared to marry a Muslim!

Tell me, what democratic setup is this when a 22-year-old adult woman cannot marry a man of her choice? And if she dares to do so, the State intrudes and tears the couple apart and then sees to it that many more tragedies come in way of their living happily together.

The State flaunted divisive-cum-destructive strategy, the so-called Love Jihad seems the last nail in the coffin of our collective survival.

In fact, the grim reality is this — over the years Muslims find it difficult to get even a barsati or an apartment on rent in the non- Muslim residential colonies. This rather too automatically paves way for little or lesser chances of interactions between families of the two communities. It carries several offshoots.

On my first visit to Mumbai around the start of 2006, when I asked several University students whether love affairs flourished between the Muslim and Hindu students, one of the students quipped, “Few meeting grounds …also, how can love flourish when each community has its own housing colonies. We don’t even know what they eat or how they live! Politics even in this….keeping the two communities far away from each other seems a political strategy. This way there are not just a few meeting grounds, also it gets easy for rumours to get circulated and all those twisted notions of the ‘other’ gain ground! There is no way to find out the reality as we are made to live in tight compartments!’

This grim reality holds out in the capital city, New Delhi, too. One just hopes that these divisions and divides and demarcations do not accelerate in the coming times!

LET STRAYS NOT STRAY PAST US!

This particular verse of Raghav Arora from his book of poems — Thy Grace (Verma Siyaahi) focuses on a horrifying reality of the day, that confronts each one of us on a daily basis: stray dogs attacking and hounding, making life hellish for us, the human beings, yet the municipalities look the other way round

Maybe this verse of Raghav tucked in the pages of his book, awaken the civic authorities…awaken them enough to see the horrifying reality on the roads and lanes …the reality of dog bites spreading around —

As I step out of my safe territory,/

The creature honors me in a barking fury./

And as I head towards the daily needs shop/

His other acquaintances start chasing me like a rude cop./

Seeing them as if I lose my wits and heart rate,/

Sometimes changing my path or rushing inside someone’s house gate./

Especially when I pass the clinic situated in my lane,

The fear of 14 big injections haunts my brain./

Twice they had already chased me on the street,/

Once I was riding my bicycle, once I was walking by feet./

Although I didn’t give them a chance to bite and attack,

But rammed my bike into a neighbor’s car while looking back./

On some houses, people had put up notices-/

“Beware! There is a dog in the premises.’/

Why can’t they keep the animals’ reigns tight/

The only happening sphere in these dark times is the fact that the creative lot trying to hold on, to their genius. In fact, this August when the veteran film director and producer, Vinod Pande, commented that he’s going to give himself a gift on his 80th birthday, one thought he’d be buying himself the mundane! Nah, I stood corrected when he detailed that he is coming up with many more creative projects. New creative gifts for himself and also for us!

Yes, sleek and sophisticated productions from this 80-year-old filmmaker who doesn’t believe in halting any of his creative passions. For him, age seems just a number, as he does just about everything himself, including driving around in a city like Mumbai! Call him a one-man wonder, as he rather too passionately details his ongoing and upcoming new projects —

“First of all, comes our feature film’ Undertaker’, which is ready and we shall begin the preparations for its release soon. The second one is our web series ‘‘Obsessions’ which has been partially shot already. We shall soon release its pilot episode which is now ready in all respects. We are already work in progress on our Podshow, ‘Thodee See Mohabbat, ‘Thodee See Shararat’. We are also continuing to produce our informational and motivational videos–Four Finger Formula, Film Essence, Har- Dil- Azeez, and Journey. Besides a new digital platform in the VOD module is going to launch all my earlier films to date except the new one. Then, I have to soon launch the publication of my third novel ‘ Destiny’ which has been ready for quite some time.’ 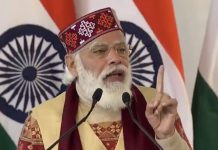