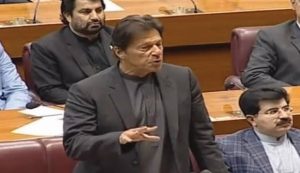 Now much required, an ‘Incorrigible Rebel’ can echo Pulitzer’s sharp words about the democracy (US) and journalism in Indian context: “We are a democracy and there is only one way to get a democracy on its feet in the matter of its individual, its social, its municipal, its state (and) its national conduct, and that is by keeping the public informed about what is going on. There is not a crime, there is not a dodge, there is not a trick, there is not a swindle, there is not a vice which does not live by secrecy. Get these things out in the open, describe them, attack them, ridicule them in the press, and sooner or later public opinion will sweep them away.”

But to be acknowledged, the journalism breathing bad air and under commercial compulsion, waging its own war of survival. Any balancing act coming for an informed public opinion is rarity, something to be lamented for greater common goods.

Still fresh in memory, how the Military tension escalated across the Line of Control (LoC) following Pulwama attack on CRPF convoy that killed 40 personnel and India’s ‘non-military pre-emptive’ air strikes on purported terrorist camps inside Pakistani territory in Balakot, Khyber Pakhtunkhwa. Then and now, instead putting the strategic channels at forefront — a condition for ‘virtual war’ was forced on by a chime-like section of Indian media.

While the situation called for a measured strategic and diplomatic move to come heavy on terror network and without breaking the spine of institutional dialogue, the ‘newsrooms’ virtually hijacked the discourse and displayed an unprecedented disdain for logic and real-life wisdom. It reached from bad to worse, as the government opted to score over opposition parties instead calling an all-party meeting and press conference.

Sensing New India’s reaction, New Pakistan’s Prime Minister Imran Khan had shown maturity during his address to the nation from Parliament on February 27, bringing the word ‘miscalculation’ as to underline the essential mortality of wars. Urging India to settle matters through talks, he said: “All wars are miscalculated, and no one knows where they lead to…. I ask India: with the weapons you have and the weapons we have, can we really afford such a miscalculation?”

At the end of speech, he gave the words of releasing Wing Commander Abhinandan and de-escalated a war-like situation. If the words of Imran Khan on other matters are kept and sustain further in spirit and deeds as well, we may hope for a ‘New South Asia’ that would neither let war-hysteria go over head of ‘unholy sinners’ nor glorify ‘million mutinies’ for cheap considerations and nasty goals!

A war can’t be imagined without the prospect of peace, rest the chapters of history inform well about evil design of terror, counter-terror and inconsolable losses. No matter how the collective memory is responding, the due consideration should be given to unadulterated strategy.

No doubt on what Imran Khan was referring to by lobbing the words ‘the weapons that you have and the weapons we have’. Well, they are nuclear weapons, the psychological weaponising of which is the ultimate defense Pakistan has against India to forestall a war despite grave provocations.

Nuclear card is the weapon Pakistan routinely uses to conduct and facilitate the waging an asymmetrical war through groups of Jihadis such as the Jaish-e-Mohammad, the one responsible for the devastating attack on Indian security forces in Kashmir on February 14.

The Pakistani Prime Minister’s stark message of “don’t mess with us; we have nukes” came after the retaliatory action as Pakistani aircraft crossed the LoC to target ‘non-military’ targets whose “sole purpose was to demonstrate our right, will and capability for self-defense”. The Pakistani strikes not just dampened the triumphalist mood in India but also knocked the bottom out of India’s strategy of using ‘non-military’ strikes inside Pakistani territory to avenge terrorist attacks staged by jihadi groups sponsored by Islamabad.

If India had drawn a new red line by sending fighter planes across the LoC for the first time after the 1971 war, Pakistan too has drawn the red line that India is no United States which can conduct operations to eliminate terrorists inside its territory and get away with it.

It is no secret most murderous Jihadis who have taken up arms against the Pakistani state and society were once sheltered, aided and abetted by the state itself to wage proxy wars in India and Afghanistan. The riddle then is why the country is still hell-bent on using Jihadi terror groups as foreign policy instruments. The Jaish-e-Mohammad, for instance, operates freely in Pakistan and yet, notice the gumption to say it is not in its interest to let its land used for terrorism in India.

India has achieved very little long-term strategic advantage through the Balakot strike, but thanks to it, Pakistan has got the Kashmir dispute a lot of international publicity as the world’s most dangerous ‘nuclear flash point’. However, India responds to the terror attack orchestrated from across the western border, the diplomatic as well as military challenge for India is how to neutralize the nuclear weapons by making them deterrents of war.

As the first phase of the Parliamentary elections are over in the country, the sensitivity of India-Pakistan needs to be understood by the political actors who hold real power and their ‘miscalculations’ could harm both civil and military sphere. In election mode, it would be advisable for everyone to desist from making score through the matters deeply concerning with ‘national interest’. The ‘newsrooms’ too should not be made ‘war-rooms’ and let TRPs be dealt through gentler means.

Serving the ‘national interest’ is also serving ‘humanity’, as nothing is like ‘peace’, it must get a chance now and always!

Atul K Thakur is a New Delhi based columnist, with keen interest in South Asian affairs. Rajiv Jayaram is a journalist and political commentator. 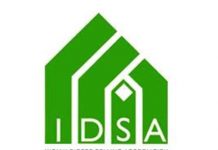