Spouses of J&K women who marry outside  the region now eligible for the UT citizenship, reports RIYAZ WANI

The spouses of the J&K women who marry outside the union territory (UT) are now entitled to citizenship of J&K. The J&K administration recently added a clause to the J&K Grant of Domicile Certificate (Procedure) Rules, 2020, permitting the spouse of a native woman married outside the UT to apply for a domicile certificate.

Similarly, according to a notification issued by the General Administration Department, the entitlement to a domicile certificate has been extended to all levels of jobs in the Jammu and Kashmir government. The newly added clause has been brought under the Jammu and Kashmir Civil Services (Decentralisation and Recruitment) Act as well.

The decision to grant citizenship to non-J&K spouse of the local women is a significant change in the new domicile law. Even after the repeal of Article 370 of the constitution on August 5, 2019, the administration had stayed short of granting domicile certificates to the spouses of native women married outside J&K, a longstanding demand in parts of Jammu region.

According to new domicile law, issued on April 1, 2020, anyone who has been a resident of Kashmir for 15 years will get residency rights. The law applies retrospectively. For central government officials, the period is 10 years and for students it is only seven years. According to 2011 census there are 28 lakh migrant labourers in J&K other than lakhs of security personnel and thousands of central government employees, a significant number of whom have become eligible for residency rights should they wish to settle down in the former state.

The law has already granted domicile status to three lakh West Pakistan Refugees in Jammu. These refugees had come to the region from Pakistan during Partition and the subsequent wars with the country, but Article 370 had barred them so far from becoming citizens. They could vote in national elections but not in the elections to the state Assembly.

But with spouses of the native women married outside also becoming eligible for domicile status, this would add a new group of people who could become J&K citizens. Earlier under Article 370, the J&K women who married outside were deprived of their ownership rights in the then state, something that led to a frequent recourse to litigation by these women.

However, even when Article 370 was in force, J&K High Court in 2002 had said there was no law in the then state that disqualified a woman of her state subject if she married outside the state. The court also laid down that a Pakistani man will not get Kashmiri citizenship if he married a Kashmiri woman. The case titled State and others vs Dr Susheela Sawhney and others was settled by a full bench of Jammu and Kashmir High Court in October 2002 by laying down that the women marrying outsiders would not lose their permanent resident status.

The new law has been welcomed by the BJP, its vocal proponent. “The decision is historic,” said Ravinder Raina, the UT president of the BJP. “Prime Minister Narendra Modi has given justice to the daughters of the soil whose rights in J&K ceased to exist on grounds of Article 370 and Article 35A once they were married elsewhere in the country.” 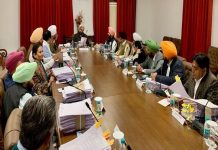 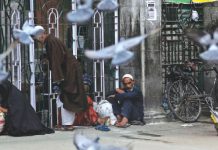 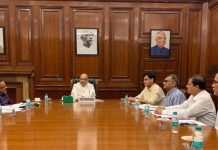