Tushar Joag, 45, is a Mumbai-based self-proclaimed “public intervention artist” who wants to encourage public debate. In a conversation with Aastha Atray Banan, he talks about epiphanies and effectiveness


What does it mean when you say you are a ‘public intervention artist’?
When I came back from the International Human Rights Academy in the Netherlands, I was disgusted with the art world. I felt this art was equal to navel-gazing. I destroyed all my artworks and became an activist. It was also such a slap of reality coming back to India. In Europe, I’d gotten used to opulence. I mean kids here don’t get food! The art I do now is not limited to a gallery, but addresses large public gatherings directly.
You see Sardar Sarovar and the Three Gorges dams as symbols of the frenzied development in India and China and have visited both places. What were your key observations?
This time I interacted with more people in India and blogged all through. I spoke to people about the repercussions they’d face. We think building a dam is progress, but what do the displaced get? They need to get their share of benefits too.
In that respect, does China act any differently than India?
In India, we have a voice, even a dissenting one. It’s not allowed in China. It’s very oppressive. Nobody spoke to me there. The locals ran away. My blog posts were blocked. I felt like I was being watched.
Che Guevara is your hero. But he is also accused of being a totalitarian. Isn’t that ironical?
There are always positive things you can take from a person. Even Gandhi wasn’t liked by everyone, was he?
Earlier this year, you locked yourself up in a 150×91 cm space for five days to protest against Binayak Sen’s arrest. Was it effective? What do you think about Anna Hazare’s form of protest?
My intervention may not have caused policy change, but my aim is to get people to debate key issues. On the last day, Binayak and Ilina Sen came over. The kind of response Anna has been getting is overwhelming. And if the public has been held to ransom by the government for so long, it’s okay to hold them to ransom now.
How has your project Unicell helped your endeavours?
Unicell aims to raise awareness about the immediate issues people face on a daily basis. One of our projects was held when the Maharashtra government demolished a number of slums. I started the Venice of the East project and delivered eviction notices to residents of upper middle-class households, saying that Mumbai was being converted into a city like Venice and their houses were in the way of canals. I delivered letters to almost 6,000 homes. So I touched almost 30,000 people.
What is up your sleeve next?
A solo show in Delhi in October where I’ll showcase drawings with objects made of paper pulp. It’ll be inspired by my journey from Mumbai to Shanghai.
Aastha Atray Banan is a Senior Correspondent, Mumbai with Tehelka.
aastha@tehelka.com 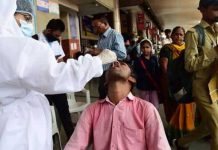 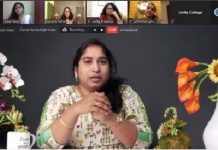