Just a few decades ago, politics was quite clean. Candidates rarely used to name and shame their rivals during election campaigns. They just used to drop hints to highlight the misdeeds of their opponents. There used to be positive atmosphere as the parties and contestants only used to promote and propagate their manifestos.

Even then some of the candidates used to quote from the relevant religious books, as per the crowd, to woo voters. One of them, I remember quoting, “Hold fast, all of you together, to the rope of Allah, and be not divided among yourselves.” (Quran’s Chapter 3, Verse 103) “Thus, stay united and vote for our party,” he added. I felt the second sentence not only blasphemous but also a cheap trick to incite voters to favour his party.

Decades later, when humiliating adversaries has become a norm, a few election candidates are towing the same line and seeking vote in the name of patriotism. They could be heard saying, “Prove your patriotism by voting for our party.” The appeal sounds too irritating. How can a party or person claim to be more faithful to his or her nation than others. Patriotism, as Mark Twain had said, is supporting your country all the time and your leaders or governments only when they deserve it.

But this patriotism is being misused to spread hatred and demonise particular communities, individuals, and, sometime, even offices. No need to mention in details who is leading the campaign or when and how it all started as readers are well aware of the recent developments. Secondly, the space here is too limited to talk of the subject at length.

However, it’s definitely a high time to pause and think how much we know about patriotism and patriots. We all know who killed Mahatma Gandhi, and there are efforts in some quarters to honour Nathu Ram Godse. But how many of us know about the person who saved life of the Father of the Nation. In 1917, Mahatma Gandhi and Dr Rajendra Prasad visited Motihari, the headquarters of erstwhile Champaran district, to investigate the appalling condition of labourers at indigo plantations and protest against the British government. This was the first agitation led by the then comparatively unknown Gandhiji in India. A British manager of an indigo plantation there invited Gandhiji at a dinner and conspired to kill him. As per the plan, the manager instructed Batak Mian, his Indian cook, to serve a glass of milk laced with poison to Gandhiji.

But Batak’s patriotism did not allow him to do so. He took the glass to Gandhiji but revealed the plot to him, saving his life.

Dr Rajendra Prasad was a witness to the incident. However, Batak had to pay a heavy price for his act. The manager had put him into jail and brutally tortured him. His house was turned into a crematorium. Later on, he and his family were forced out of the village. This unsung hero died in 1957. On his visit to Motihari in 1950, Dr Rajendra Prasad, as first President of India, had ordered that Batak’s family be allotted 24 acres of land in recognition of his sacrifice. The order is yet to be implemented even after more than six decades. At present, his five grandsons, who are illiterate, stay with their families in Akwa Parsawni Village of West Champaran district and work as migrant laborers. They have been visiting the government officials in the hope of getting the land but all in vain.

Batak Mian’s case is just one example of how people at every level silently do their bit for the betterment of the nation. Amid debate on patriotism, the real nationalists and their families are still working hard for the welfare of the country. Away from limelight, these loyalists are living anonymous and tough lives. Isn’t it sad and ironic? 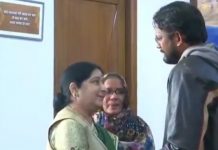