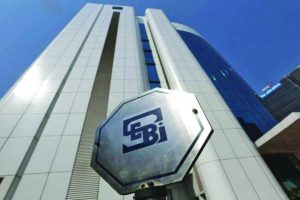 Once considered a dream position, the post of Independent Director has lost its sheen, as it is not the case of the private sector but even the public sector undertakings are not finding suitable candidates to fill the 274 positions lying vacant for some time.

The interesting information came to light from the reply given by Minister of State for Heavy Industries and Public Enterprises in Lok Sabha. The Minister further added that recommendations for filling up positions on the boards of various Central Public Sector Enterprises have been made during the last three years, i.e. 2017, 2018 and 2019 (to date).

The Independent Directors’ role came into sharp attack following the crisis at the Infrastructure Leasing and Financial Services and in many credit rating agencies that liberally granted and downgraded the companies as per their wish and got away with it. Their reckless grading created much of the IL&FS crisis.

According to data collated by Prime Database, a primary market research tracking firm, out of 743 independent directors who quit the boards of Nifty-listed firms in 2018, 561 stepped down without adequate reasons before the end of their term. While 297 quit without assigning a reason, 264 cited ‘personal reasons and preoccupation’.

The number of independent directors exiting without adequate reasons has been growing year on year. Out of the 649 independent directors who quit in 2016, 415 did not give adequate reasons. In fact, 325 of them did not give any reason at all to the bourses. In 2017, 476 of the 730 exits were without suitable reasons. Out of them, 319 did not assign a reason.

There are multiple reasons why the position of an Independent Director has become a less sought option in today’s era. Strict compliance requirements and failure in distinguishing their liabilities have made it tedious for Independent Directors to deliver their roles. Independent Directors are required to improve the functioning and effectiveness of the board and to safeguard the interests of all stakeholders. Every listed public company is complied to have at least one-third of the total number of directors to maintain checks and balances and to question the decisions of the board as an independent authority in an impartial manner.

Limited authority in making a meaningful contribution to the firm, while facing the risk of being summoned, investigated, arrested and harassed by investigators and adjudicating authorities have prompted independent directors to resign their posts in recent years. The situation has discouraged many potentially well-qualified candidates from joining boards of companies.

Independent directors have to play two roles one is a monitor of controlling shareholders that work on behalf of minority shareholders; second as the brain trust, consultant, or strategic advisor to the controlling shareholder. Under the monitoring role, independent directors are supposed to help and address corporate governance concerns of controlled entities. The provisions in Companies Act, 2013, and Securities and Exchange Board of India (Sebi) listing norms say that a company, with his knowledge, or consent, or connivance, or in cases, can hold independent directors personally liable for any acts of omission or commission where he had not acted diligently.

Therefore, independent directors typically quit and seldom cite the reason or reasons behind their decisions. But it is learned that according to a proposal, directors and companies will not only be obliged to declare the detailed reasons for their resignation but must also confirm there are no other reasons, barring whatever has been disclosed. Also, since independent directors are not only required to give detailed reasons for their resignation but also to confirm that other than the reasons disclosed no other material reasons exist, it puts an obligation on the resigning independent director to disclose all material facts.

The number of independent directors who resigned from board positions doubled in 2019, compared with total exits in the previous two years, as greater liability, rising number of corporate governance cases, increasing fear of fraud risk and chances of personal reputation is at stake led to the exodus. A record 1,393 independent director posts were vacated this year, compared with 767 in 2018 and 717 in 2017 and close to 120 board members said they are “not interested in reappointment”, according to Prime Database.

“With increasing corporate governance issues over the last few months, independent directors are uncomfortable being on the boards of companies with unclear operational practices,” said Pranav Haldea, managing director, Prime Database. Another concern among independent directors is the companies’ reluctance to sign up for Directors and Officers Liability Insurance that protects directors from many liabilities. Increasing fear of fraud and being held liable for things that independent directors may not be privy to is also resulting in exits.

The Companies Act, 2013 and the Securities and Exchange Board of India Regulations, 2015 now amended to incorporate recommendations of the Uday Kotak-led Committee on Corporate Governance, govern directors of a company.

Venkatesh Vijayaraghavan, Partner, S&R Associates, and Akshaya Iyer explained in an article published in India Business Law Journal that under the act, fraud is punishable by a minimum fine equivalent to the amount involved and a maximum of up to three times the amount, as well as imprisonment of between six months and ten years. Fraud is a cognizable offence. Liabilities can arise from making materially false statements or knowingly omitting material facts in any return, financial statement, prospectus or other documents; knowingly or recklessly making false statements to obtain credit facilities; or giving false information in an investigation. The act imposes unlimited personal liability for fraud. Directors may also be subject to civil and criminal penalties as an “officer in default” of the company, and fines or other actions by the stock exchange.

A major reason that companies are not attracting independent directors is that of late there has been an unprecedented increase in corporate frauds. The embezzlement of funds, the misappropriation of money has all resulted in many directors quitting the lucrative positions. It also points to gaps in corporate system and governance. The message is loud and clear that effective corporate governance must separate ownership and control in a listed company.

In the infamous Nirav Modi case and also the Satyam case, the Enforcement Directorate has attached the assets of the independent directors and they are in trouble in view of piling up large cases against them. Ironically, the independent directors are mostly not selected by minority shareholders but by the promoters and these directors don’t even participate in meetings where vital decisions are taking. The boards must provide genuine information to independent directors because with due diligence, they should be able to identify the signals that indicate the potential for fraud.

Independent directors are under greater scrutiny in financial matters, as they make up two-thirds of a board’s audit committee including the chairmanship, and oversee the integrity of financial information, risk management, and a company’s vigil mechanism. The SEBI has held that independent directors are required to exercise reasonable care, diligence, and skill to ensure that the financial statements are correct, sufficient and credible.

Overlooking financial “red flags” and failing to ask appropriate questions would be tantamount to facilitating false and misleading disclosures. Independent directors are required to declare that they meet the criteria for independence annually and promptly report changes. They also review board performance and information flow to the board. A breach of such duties may involve liabilities. Directors may also be liable under laws regulating the company’s business.

Companies can indemnify directors under the articles of association or by an agreement, which limits indemnification to cases of acquittal. Independent directors must seek and securely maintain updated records of board and committee proceedings and other matters. Independent directors are necessary, as they are both conscience keepers and whistle blowers on the board. They bring transparency and objectivity to the board process. The need for independent directors arises from the necessity to have a robust ecosystem of corporate governance in the functioning of the company.

They should ensure that dissents on resolutions are recorded. Intending directors on their part can insist on a good liability insurance policy with adequate limit and comprehensive coverage. Liability insurance plays a key role in the protection of directors. A good Directors and Officers liability insurance cover aim to provide relief to directors and officers, who may, notwithstanding all their best intentions and sound business practices, end up in some negligent acts and face the wrath of shareholders or regulatory authorities. Idea is to get coverage from liability arising from actions connected to their corporate responsibilities.

The policy should provide indemnity to the directors and officers in respect of legal costs in defending proceedings brought against them alleging wrongful acts and any damages awarded to the claimants against the Directors and Officers, including out of court settlements. Independence is a state of mind and not the presence and absence of a specified relationship.

Independent directors need to think genuinely independently and act diligently taking into account the benefits of all stakeholders while of course ensuring conformance, both in letter and spirit, to the prevalent rules and regulations. That clearly is the first line of defence. It’s a bitter truth that the independent directors are hired only for the sake of compliance of the Companies Act, 2013 and listing regulation, they are neither hired for better corporate governance nor for protecting minority shareholders’ interests. Therefore, it’s apt to say that independent directors are though appointed in the interest of the Company and the Stakeholders, they end up doing good to the Promoters. Resignation does not by itself protect directors from liability for the period served. 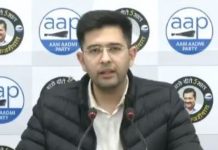