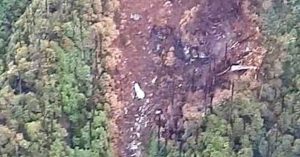 There were “no survivors” from the An-32 aircraft that crashed in Arunachal Pradesh on June 3, the Indian Air Force (IAF) said on Thursday.

The IAF said the search teams did not find any survivors.

“Eight members of the rescue team have reached the crash site today morning. IAF is sad to inform that there are no survivors from the crash of An32,” IAF said in a tweet.

“IAF Pays tribute to the brave Air-warriors who lost their life during the #An32 crash on 03 Jun 2019 and stands by with the families of the victims. May their soul rest in peace,” IAF said.

The Indian Air Force also shared the names of air-warriors on their twitter handle who lost their lives in aircraft crashed,