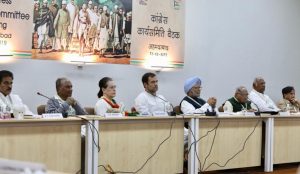 The Congress Working Committee (CWC) held a meeting on Tuesday for the Lok Sabha elections in Ahmedabad, to give a final shape to the party’s election strategy.

Rahul Gandhi said that the party had “resolved to defeat the RSS/ BJP ideology of fascism, hatred”, saying the “this battle will be won”

“On the anniversary of Gandhi Ji’s historic Dandi March, the Congress Working Committee in Ahmedabad, resolved to defeat the RSS/ BJP ideology of fascism, hatred, anger & divisiveness. No sacrifice is too great in this endeavour; no effort too little; this battle will be won,” Rahul tweeted.

Priyanka Gandhi Vadra also spoke at the CWC highlighting the failures of the BJP government.

Former Prime minister Manmohan Singh cited the achievements of the UPA Government that was in power at the Centre from 2004 to 2014.

UPA chairperson Sonia Gandhi attacked Prime Minister Narendra Modi saying the PM was playing the victimhood card, the actual victims of his policies are the people of India.

Top Congress leadership paid their respect to Mahatma Gandhi at the Sabarmati Ashram ahead of launching the party’s poll campaign for the Lok Sabha elections.

“Former PM Dr Manmohan Singh, UPA Chairperson Smt. Sonia Gandhi, Congress President @RahulGandhi & senior Congress leaders visit the Gandhi Ashram in Sabarmati,” Congress party earlier tweeted.
The Congress president  while addressing Congress booth workers in Delhi on Monday had said the upcoming general elections will be a battle between Mahatma Gandhi’s India and Nathuram Godse’s India with love on one side and hate on the other.

Today also marks the anniversary of the famous ‘Dandi March’ started by Mahatma Gandhi from Sabarmati Ashram on March 12, 1930, with a group of Satyagrahis.

“Today marks the anniversary of the #DandiMarch, led by Mahatma Gandhi, which played a pivotal role in India’s struggle for independence. The march was a non-violent protest against the rigorous and oppressive British policies on salt,” the Congress party tweeted.

According to the sources, the Congress is looking to send out a strong political message to the entire nation from the land of Mahatma Gandhi and Sardar Patel.

The meeting was postponed after the Pulwama terror attack on February 14 and the air strikes by India across the Line of Control on a terror camp in Balakot. 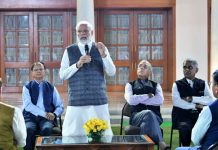 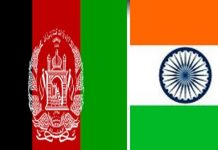