Have you heard the rumours that Rani Mukerji has turned into a recluse, that she sees no one anymore? That she is the new Rekha? Aastha Atray Banan set out to meet her on a rainy night and came away startled


MUMBAI IS FULL of bored jibes about Rani Mukerji. She is over. She smells of failure. She is too short, too old to work in slick, new Bollywood. She is married to Aditya Chopra. She is just living with him like she did with Govinda. The senior Chopras hate her and she has to clear out whenever they are around. They don’t care about her. Alongside snippets about her role in the forthcoming Rajkumar Gupta film, No One Killed Jessica, fly fantastical rumours that she has turned into a Rekha-like figure. Could it be that the girl with the polarising tenor (love it, hate it, deal with it), the caper-loving Babli, the girl who played any number of overwrought, teary good girls has turned into a Garboesque recluse who ‘vants’ to be alone?
Rani is certainly not the kind of actress you trip over at Gloria Jeans in Bandra and chat up. A couple of weeks of phone calls are the investment required for an appointment. On the day, there is a tremendous downpour and Rani is late and you wonder. Has her poor run with men sunk her in self-pity? Has Rani succumbed to depression because of failure? Waiting outside in a Mumbai storm can foster any dark, Gothic ideas you might be nurturing. Reality turns out to be rather different.
In her opulently done Juhu pad, with huge mirrors and vintage rugs, the big, wide trademark smile is in place but Rani Mukerji is an unnerving presence. The warm hazel eyes are steely enough to make you squirm a little in your seat. The cruel tabloids may be dying to feature her in the ‘where are they now’ section but Rani’s aura seems to have magnified several fold. Could it be that she has grown?
At 32, she looks better than she ever has. Yoga has made her slender. Dressed in a short skirt and minimal makeup, she retains a regal air. Lauren Bacall once said, “I am not a has-been. I am a willbe.” Rani would approve of Bacall’s style. It is unlikely she has read the quote though. She doesn’t read, she says. Unlike several young ladies who manufacture reputations as frenetic readers and think that Jane Austen was a Victorian and thinks Omair Ahmed is a medieval poet, Rani says flatly that she does not read. ‘I don’t read much — I have an allergy to the smell of books. Really!’
Rani makes these revelations but this is no invitation to get closer. You are always painfully aware of the Lakshman Rekha around her, one she will never cross and you better not even try to. She has no desire to be thought of as Everywoman. As she makes clear when you gird your loins and ask her about the rumours that she has turned into a hermit. She launches into a surprising and convincing discourse on the nature of fame and how it has changed in the 15 years that she has been in Bollywood. “I blame it on Twitter. Everyone has become so accessible. Today, stars function and manage themselves very differently. They chart down everything they do daily. They give stories about themselves to the press and even about other stars! There are stories about stars buying a new phone, stars fainting… when did this all become news?” she says part resigned, part disgusted.
“When I started, things were done differently and film journalism was not about churning out tabloid titbits. To me, being exclusive and being mysterious is what makes a star. I guess that’s why I haven’t changed at all.” She rarely calls herself a heroine, an actress or even the now-popular actor — only star.

‘To me, being exclusive and being mysterious is what makes a star. I guess that’s why I haven’t changed at all,’ says Rani Mukerji

UP, DOWN, ROUND ABOUT
Even committed Rani haters would find it hard to deny her star quotient. She arrived with Raja ki Aayegi Baraat, but got noticed opposite Aamir Khan in Ghulam (1998). Her breakthrough moment came when she bagged Kuch Kuch Hota Hai opposite her now close friend Shah Rukh Khan, directed by another close friend Karan Johar. (She once described Shah Rukh as the best thing that ever happened to heroines.) With Sanjay Leela Bhansali’s Black and Mani Ratnam’s Yuva, Rani was once at the top of the Bollywood hill. But fame has been fickle. Despite her talent and the much sought-after girl-next-door vibe, things started going downhill soon after.
Heckled at by the press and critics, her alleged love affairs with the much-married Govinda and then the muchmarried Aditya Chopra, added fuel to the fire. Rani remained quiet through it all. And hence began a different rumour mill, which asked why (like Chopra whom only the shadow knows) Rani was never seen in public?

‘She became too uppity after she got famous; that led to her downfall. You shouldn’t let fame get to you,’ says film critic Khalid Mohamed

Sipping hot water out of a mug which has the phrase ‘drama queen’ in big, black letters, Rani looks stoic when asked why she has not cleared the air. “I possibly couldn’t have given a clarification every week. It’s not in my nature to call up a journalist and say, ‘why did you say this about me’. They questioned my character and that really bothered me. I am sure directors got turned off and may have not offered me movies. When I get married, I will tell everyone,” she says.

So she is not a recluse but who are her friends in the industry? The girl next door who has acted in some of the soppiest, why-can’t-we-all-get-along movies of the decade, answers, “Friendship is a complex word. I can only tell you who my real friends are when I am old and my children have left me. The people who will spend time with me then will be my true friends.” As for now, there is her family whom she shares this house with.
Filmmakers who have worked with her, like Kunal Kohli, vouch that Rani has always been reticent and seriously invested in her family. Her Lakshman Rekha is not a new phenomenon but it just suits the new ‘loser’ narrative to make it seem so. At some point in the conversation, she says, “When you are on the top, people want to bring you down. And they will say anything to do so. But I believe in karma, and it will all come back to them.” This is the same cosmic and vengeful balancing of scales that Rani’s detractors have also been wishing for her. Well-known film journalist Khalid Mohamed says, “She became too uppity after she got famous and that led to her downfall. I know a co-star of hers who told me that Rani started telling him ‘how to act’. But see, she came tumbling down. You should not let fame get to your head.” Others are more compassionate and a little more logical. Rauf Ahmed, the first journalist who Rani gave her first interview, speaks of her fondly and adds, “the media is cruel. Even if you mess up once, they take you down badly. And then the whole Aditya Chopra rumour hurt her. And she is so talented, that’s what makes this so sad.”
But “sadness” is not an emotion Rani subscribes to. Instead, you see a small, slightly injured but visibly annoyed human being, who is not going to give her detractors the satisfaction of seeing her retreat without a fight. “I don’t need to sign many movies just to prove I exist, even though this may be the worst time in my career. I don’t need to go to all social events — I go if I am really needed; if someone just sends me a message on my phone, why will I go? I have done my time doing that. But there’s no limit to what I can do.”
AND STRAIGHT AHEAD
In Rajkumar Gupta’s No One Killed Jessica, a film inspired by the Jessica Lall case, Rani plays an investigative television journalist. Would she do a meaty role in a movie even if it wasn’t the lead? In an industry where actors prattle off practised, meaningless answers about meaningful roles, Rani makes it clear that she is not interested in crumbs. She says definitively, as if she has it all planned, “No way. I will always be the star in a movie I am in. I’d love to do a movie with an ensemble cast, but a star always is the star. Whatever role I would do would become the lead, right?”
And that’s another reason why it’s unnerving to sit across Rani. It’s because the coy, politically correct Rani we got so used to hearing about, has metamorphosed into a grownup. The girl who has made a career of being adorable, is no longer interested in pleasing people. Today, even though she has just one release lined up, she is unfazed. But now that Rani has stopped playing cute, can she make a career of it?
aastha@tehelka.com 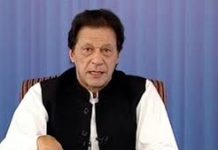