The gory crimes against women that rock the country at regular intervals is sickening but it can never be a ground to justify or celebrate the extra-judicial punishment as meted out to the four accused of raping and murdering the young veterinary doctor. The Telangana police have claimed that they acted in self-defence as the suspects snatched their weapons and tried to escape. Human rights groups are casting aspersions on the police as well as the state government alleging that the encounter was stage-managed to cover up their failure to ensure women’s safety.

In this case, the NHRC has recommended for an independent investigation and said the police were not “properly alert” which resulted in the death of all four accused.

The NHRC guidelines say that if the use of force cannot be justified, it would be a crime and the police officer would be guilty of culpable homicide. The wheels of justice turn very slowly but the delay cannot be a ground to justify extra-judicial killings. There is a need for the society to get rid of the toxic masculinity and prevalent patriarchy.

Justice delivery leading to delays could be a major cause as the Vice President, M. Venkaiah Naidu admitted that “there can not be instant justice but there can not be constant delays either”. We need more fast track courts because speed and objectivity are the key ingredients of an efficient judicial system.

But it does not give the police a licence to take the law in their own hands and function as judges as well as executioners because if this were allowed to continue the very foundations of the rule of law would crumble.

To make judicial process more people friendly, Naidu has called for undertaking court proceedings in local languages so that people can understand it.

He also said there is a need to decide upon the certain category of cases, such as the election petitions and criminal cases against sitting MPs and MLAs, in a time-bound manner.

There can’t be shortcuts in crime investigations. The right to life and equality before law are the fundamental rights granted by the Constitution of India. Chief Justice S.A. Bobde has made it clear that justice cannot be ‘instant’ and is not served by “revenge”. The CJI averred “There is no doubt that the criminal justice system must reconsider its position, its attitudes towards time, towards laxity and towards the time it takes to dispose of a criminal matter.”

To quote CJI Bobde “But I don’t think justice can ever be and ought to be instant. And justice must never ever take the form of revenge. I believe justice loses its character of justice if it becomes revenge.” 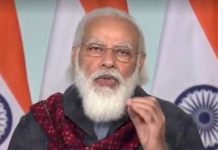