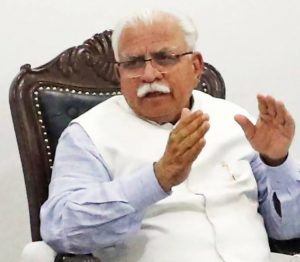 During a public function organised under the ‘Ek Aur Sudhar Programme’ at Panchkula, Haryana Chief Minister Manohar Lal Khattar on July 12 announced that rape accused and molestation cases will now be debarred from availing any government facilities, including state scholarship, old age pension, pension for the physically disabled persons, driving and arm licenses.

“These services will remain suspended till the court announces its verdict in the case. In case the accused is convicted and sentenced, he would not be eligible for these facilities anymore,” said Haryana CM Khattar.

“I would shortly meet the Chief Justice of the Punjab and Haryana High Court to request him to issue necessary directions to the court to record the statement of a woman on the same day, and not to adjourn the hearing,” CM added.

Reiterating his government’s commitment to make Haryana number one state in terms of women’s security and safety Khattar announces:

·         To provide a secure atmosphere to women during the night, 2,100 new posts for the appointment of ex-servicemen as Special Police Officers for night patrolling have been sanctioned.

·         Day-time patrolling too would be carried out in areas where girls and women stay alone in their houses.

·         Rape victims wanting to hire a lawyer of her choice would be provided financial assistance of Rs 22,000 as fees.

·         Six fast track courts would be set up in Faridabad and one each in Gurugram, Panipat, Sonipat and Nuh —where 50 or more cases of rape, eve-teasing and mental harassment are pending in the courts.

·         Girl students of classes 9th to 12th would be trained in self-defense under Chatra Parivahan Suraksha Scheme. The expenditure on this facility would be borne by the government.

·         The investigation officers will have to complete the probe into rape cases in one month and in eve-teasing within 15 days, or else action would be taken against them.

·         The free transport facility would also be provided if the 9th and 10th class girl students of a village have to go far away from school or want to pursue science or commerce stream in 11th and 12th class.

·         A comprehensive scheme would be launched either on Independence Day or on Raksha Bandhan (Aug 26). 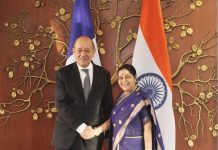 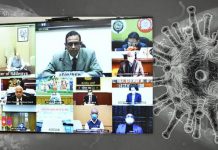