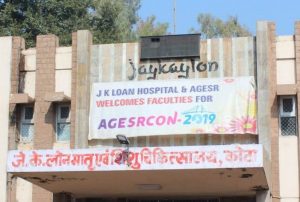 First it was Uttar Pradesh where 63 children suffering from acute encephalitis syndrome died when the supplier allegedly due to non-payment, suddenly cut oxygen supply.  Then it was Bihar in 2019 where acute encephalitis syndrome outbreak killed over 150 children. And now it is Rajasthan’s Kota hospital where over 100 children have died again allegedly due to medical negligence. Such incidents in a welfare State put us to shame.

The National Commission for Protection of Child Rights (NCPCR) has served a show cause notice to the State government. The NCPCR Chairperson, Priyank Kanoongo commented, “pigs were found roaming inside the campus of the hospital, while ailing children were at the mercy of extreme weather conditions”.

There are allegations that crucial medical equipment including 13 out of 19 ventilators were not in working order while there was shortage of pediatricians and nurses in the hospital.

The death of children in Kota has set off a political storm. In a tweet, Uttar Pradesh Chief Minister Yogi Adityanath accused the Congress chief of insensitivity. The tweet in Hindi read, “the deaths of 100 children at a Kota hospital is very sad. It is sad that Congress chief Sonia Gandhi and general secretary Priyanka Gandhi Vadra, despite being women, could not comprehend”.

Bahujan Samaj Party chief and former Chief Minister Mayawati, too, in a series of tweets in Hindi, slammed Priyanka Gandhi Vadra. Her tweets read: “It is very sad that the Congress General Secretary is keeping mum on the deaths of 100 children in the Kota hospital. It would have been better if like Uttar Pradesh, she had met the mothers of the children who have died in the hospital, due to the apathy of the government of her party in the state.

If the Congress General Secretary does not go and meet the Kota families who are affected by the tragedy, then her outreach towards victims in Uttar Pradesh would be considered political opportunism, from which the public of Uttar Pradesh is advised to stay alert.”  Congress, on its part instead of accepting the facts, blamed the previous BJP government for the affairs at the hospital. Rajasthan chief minister Ashok Gehlot, facing criticism from the opposition, in a series of tweets assured that his government is sensitive to the deaths of sick
infants at the JK Lone Hospital. It is time to take corrective measure than playing politics on an avoidable tragedy of such a grave magnitude. 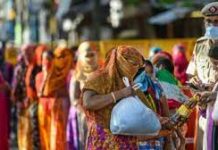