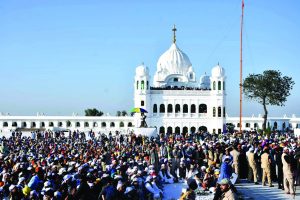 The opening of the Kartarpur Corridor is being seen as a way forward amid the worsening stand-off between Pakistan and India. Now Sikh pilgrims can have visa-free access to one of their holiest shrines. 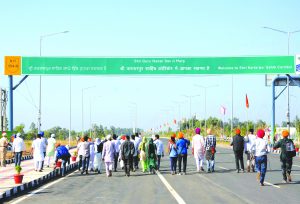 The inauguration, which has broken the barrier that was Partition’s legacy, coincided with the celebrations of the 550th birth anniversary of Guru Nanak. The event at Kartarpur, described as one of the biggest birthday celebrations in the world, was attended by devotees from across the globe, including the UK and Canada.

The corridor was inaugurated on either side of the border by the Indian and Pakistani prime ministers. It was a year ago that Pakistan indicated its willingness to open the corridor that had been long under discussion between New Delhi and Islamabad. The two sides first discussed the corridor in 1998, and then again in 2004 and 2008, but these talks failed to deliver.

On November 26, 2018, the foundation stone was laid down on the Indian side; two days later, on November 28, 2018, Pakistani Prime Minister Imran Khan did the same on the Pakistani side. The corridor was completed for the 550th birth anniversary of Guru Nanak Dev on November 12, 2019. 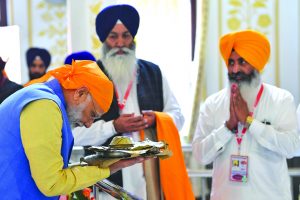 Indian Prime Minister Narendra Modi compared the decision to go ahead with the corridor by the two countries to the fall of the Berlin Wall in November 1989, saying that the project may help in easing tensions between the two countries. 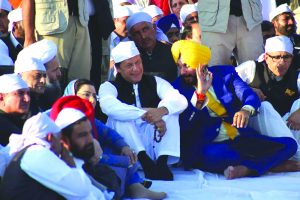 On his part, Imran Khan said, “Pakistan believes that the road to prosperity of region [sic] and bright future of our coming generation lies in peace. Pakistan is not only opening the border but also their hearts for the Sikh community.”

Previously, Sikh pilgrims from India had to take a bus to Lahore to get to Kartarpur, which is a 125-kilometre journey although people on the Indian side of the border could also physically see Gurdwara Darbar Sahib Kartarpur on the Pakistani side.

An elevated observation platform had also been constructed on the Indian side, where people could use binoculars to get a good view. 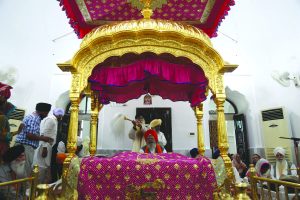 The first guru of Sikhism, Guru Nanak, founded Kartarpur in 1504 CE on the right bank of the Ravi River and established the first Sikh commune there.