Punjab Chief Minister Captain Amarinder Singh has categorically denied any alliance talks with Aam Aadmi Party (AAP), or any other party, for the May 19 Lok Sabha elections in the state.
The Congress did not need any alliance in Punjab, nor was it in talks with any party on the same, Captain Amarinder said in response to a question while talking informally with mediapersons after meeting Raj Kumar Verka, Chairman of the Punjab Warehousing Corporation, at his office. Verka was appointed as the Chairman of the Corporation last week and he took charge of his office on Friday.
Asked to comment on AAP leader Arvind Kejriwal’s statement that talks for alliance in Punjab were in progress, the Chief Minister said though he was not aware of such a statement, the Congress did not need any allies in Punjab.
Exuding massive confidence about the Congress prospects in the parliamentary elections, the Chief Minister said the party was gung-ho about these polls, as was evident from the fact that it had chosen Ahmedabad – the home turf of Prime Minister Narendra Modi – for the CWC meeting. This clearly showed the level of enthusiasm in the party, which was literally ready to take the BJP by its horns, he added.
In response to a question on the Punjab Congress candidates, Captain Amarinder that the next meeting was likely to be held in Delhi around the end of this week. There was no hurry, he said, pointing out that the polling date was more than two months away, giving the party lot of time to select its candidates. Asked to comment on the time lag in the polling date for Punjab, Captain Amarinder said it was the Election Commission’s prerogative and he could not, therefore, say anything on the issue.
Captain Amarinder made it clear that former Prime Minister Dr Manmohan Singh was never in reckoning for candidature as he had made it clear that he was not interested in contesting elections. He described his meeting with Dr. Singh in Delhi on Saturday as a courtesy call, during which he briefed the former Prime Minister on the Congress plans in Punjab. Asked about the  party’s star campaigner in the state, the Chief Minister said it was up to the Congress high command to decide the names of the key campaigners for the party in these elections.
On whether the IAF air strikes across the LoC would prove beneficial to the ruling Bharatiya Janata Party (BJP) at the Centre, the Chief Minister said with Indian soldiers continuing to be killed every day, the air strikes had clearly not proved to be a deterrent so far against Pak-backed attacks on India.
He reiterated that no attempts should be made to politicize the Indian forces. He said the armed forces are apolitical and are above the petty considerations of caste, religion and political affiliations.
Captain Amarinder expressed happiness at the fact that the Kartarpur Corridor project had remained on track despite the recent tensions at the border. Islamabad had also clarified that the latest events will not have any adverse effect on the project, he pointed out with satisfaction, adding that the Corridor was something that people on both sides wanted. 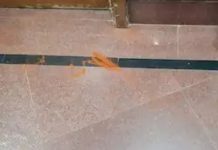