The Rajasthan High Court on Friday said no action will be taken against former Deputy CM Sachin Pilot and the18 Congress MLAs for now.

The Court asked the speaker to hold off on action against Team Pilot, who were issued disqualification notices by the Congress.

The Bench said that no proceedings will be initiated against Pilot and others till July 21.

Ahead of the hearing, the Congress had accused Union Minister Gajendra Singh Shekhawat of conspiring with rebel MLAs against its government in Rajasthan.

The Congress also suspended two MLAs Bhawarlal Lal Sharma and Vishvendra Singh, from the primary membership of the party for allegedly conspiring with the Bharatiya Janata Party (BJP).

Surjewala said that Bhanwar Lal Sharma, Vishvendra Singh has been suspended from the primary membership of the party. The party has also issued show-cause notices to them.

Union minister Gajendra Singh Shekhawat refuted the charge and called the tapes fake. He said his voice was not in those recordings and was ready to face any probe. 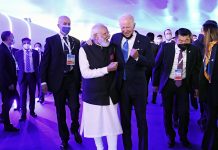