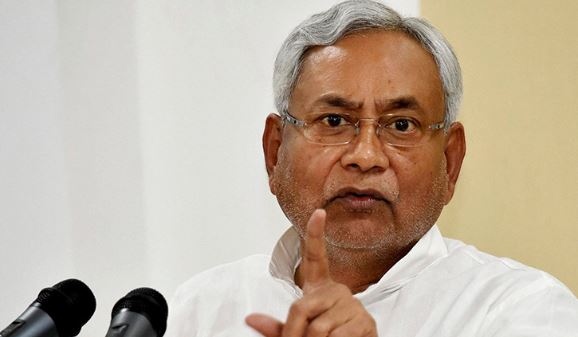 Bihar Chief Minister Nitish Kumar on Thursday broke his silence on a close aide Pavan Varma and said that he is free to leave the party and join any other party he likes.

Nitish Kumar’s remarks came two days after JDU leader Pavan Varma tweeted a letter on his stand on the BJP and the decision to extend the alliance to the Delhi election.

In his letter Pavan Varma sought clarity from Kumar over aligning with the saffron party in the Delhi elections, referring to the Bihar chief minister’s “private apprehensions” on how the BJP is leading the country.

I am “deeply perplexed” by the JDU’s alliance with the BJP for Delhi election and reminding him of their private conversations in which the Chief Minister had expressed “grave apprehensions” about the BJP and Rashtriya Swayamsevak Sangh (RSS), the letter reads.

“I remember your confessing to me in private how the current leadership in the BJP party has humiliated you. You maintained, on more than one occasion, that the BJP is leading India into a ‘dangerous space,” Pavan Varma wrote.

“It was your personal view, as conveyed to me, that the BJP is destroying institutions, and that there is a need for democratic and socialist forces within the country to regroup, a task for which you actually assigned a senior party official,” it added.

Varma asked if these were the Bihar CM’s “real views”, “I fail to understand how the JD(U) is now extending its alliance with the BJP beyond Bihar, when even long-standing allies of the BJP, like the Akali Dal, have refused to do so”, it said.