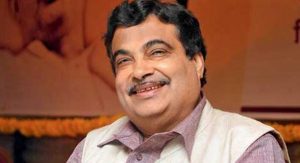 Hours after Goa Chief Minister Manohar Parrikar’s death on Sunday evening, Union minister Nitin Gadkari arrived in Goa in the early hours of Monday to decide on the leadership issue in the state and held meetings with alliance partners.

Goa CM Parrikar, who was also the former defence minister, passed away on Sunday evening at his private residence in Panaji, after a prolonged battle with a pancreatic ailment. He was 63.

BJP legislator Michael Lobo said that Union minister and senior party leader Nitin Gadkari had met with the leaders of the alliance partners in Goa, but they could not reach a consensus regarding the name of the next Chief minister candidate.

“Sudin Dhavalikar expressed his willingness to become the Chief Minister of Goa. He said that he has sacrificed many times by supporting the BJP, and now he has put in his demand, but the BJP will not agree to that,” Lobo said.

Lobo also said that the BJP however, had suggested the names of Vishwajit Rane and Pramod Sawant to succeed Manohar Parrikar.

Goa Forward Party chief and state minister Vijay Sardesai also sees himself as a candidate for the top job.

Sardesai had said that the parties had not reached a conclusion yet.

Congress on Saturday wrote to Governor Mridula Sinha and staked claim to form the government in Goa. Congress Legislature Party chief Chandrakant Kavlekar urged the governor to dismiss the BJP-led coalition regime as it is in a minority and its numbers may “dwindle”. 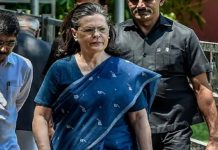