Union Minister Nitin Gadkari said the agriculture sector must turn towards oilseed production to reduce edible oil imports and to make the country ‘atmanirbhar’ (self reliant).

He was speaking at an event organised by Agrowan, a publication of the Sakal media group dedicated to agriculture.

“We are spending Rs 1.5 lakh crore every year on import of edible oil. To reduce the dependency on imported oil, the agricultural sector now needs to turn to oilseeds production to make country self-reliant and also to increase farm income. This is because crops like rice, wheat, sugar are getting lower prices every passing day,” a release quoted Gadkari as saying.

Moreover, prices of agricultural products depend on global conditions, and there would be difficulty finding takers for Indian wheat if Australian wheat is sold at Rs 6.50 per kilogram, he claimed.

Agriculture growth needs to be 20 per cent instead of the current 12 per cent for elimination of poverty and unemployment, he said.

“India is importing fuel worth Rs 16 lakh crore annually. If just Rs 5 lakh crore is diverted to the agriculture sector, then it will not take long for our farmers to become Urjaadaata (energy providers) and Annadaata (food providers),” he added.

The minister said that the country’s sugar requirement is 280 lakh tonnes but sugar production is over 360 lakh tonnes. Asserting that demand for ethanol is very high, Gadkari said it is better to focus on ethanol production rather than sugar.

“Last year, India’s ethanol production capacity was 400 crore litres. We have taken many measures to increase the production of ethanol. Now is the time to plan to meet the demand for ethanol using technologies like power generators that run on bioethanol,” he opined.

Observing that India is at least ten years behind in developing seeds compared to the rest of the world, he said that there is a need to increase income by reducing the cost of seeds, fertilizers as well as fuel for agricultural equipment. 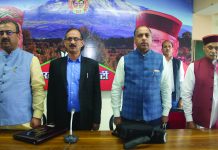