New Delhi: Government think tank Niti Aayog on Thursday released a draft battery swapping policy under which all metropolitan cities with a population above 40 lakh will be prioritised for development of battery swapping network under the first phase.

Niti Aayog in its draft policy further said all major cities such as state capitals, UT headquarters and cities with population above 5 lakh will be covered under the second phase, given the importance of the two-wheeler and three-wheeler vehicle segments in growing cities.

According to the draft policy, vehicles with swappable batteries will be sold without a battery, providing the benefit of lower purchase costs to potential EV owners.

It said any individual or entity is free to set up a battery swapping station at any location, provided that the specified technical, safety and performance standards are adhered to.

Considering the constraint of space in urban areas for setting up charging stations at scale, Finance Minister in her Budget speech 2022-23 had announced that the Centre would be introducing a battery swapping policy and interoperability standards in order to improve efficiency in the EV ecosystem.

According to an official statement, in this regard, Niti Aayog held an inter-ministerial discussion to formulate a robust and comprehensive battery swapping policy framework in February 2022.

It also held an extensive pre-draft stakeholder discussion with a wide spectrum of stakeholders representing battery swapping operators, battery manufacturers, vehicle OEMs, financial institutions, think tanks and other experts. The draft is up for consultation, and Niti Aayog has invited comments on it until June 5. 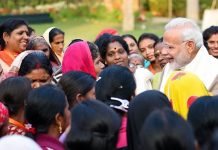