The gruesome murder of 21-year girl in Faridabad district of Haryana has not only triggered nationwide outrage but also shown state’s law and order situation in poor light. Nikita Tomar, a commerce final year student of a private college was shot dead on October 26 bang outside her college in Ballabhgarh suburb area by one Tausif, who was accompanied by two other accused, Rehan and Ajru in a car.

While trio accused have been arrested from by the special investigation team (SIT) formed by state government Tausif is said to have told the investigators that he killed Nikita as she had refused to marry him. The family of the victim, however, alleges that Nikita was murdered as he wanted her to convert to Islam and marry her.

The five-member SIT probing the Nikita murder case has submitted a 700-page charge-sheet in a local court. The CCTV footage of the crime scene, Nikita’s dying declaration and the statements of more than 50 witnesses are said to be part of the charge-sheet.

There are reports that Tousif and Nikita knew each other since the past over two years and that he had even attempted to kidnap in 2018 too. There are reports that Nikita’s family had complained against the accused in 2018 but withdrawn it reportedly due to the close connection of Tausif’s family with a local Congress leader.

The accused have been arrested under Sections 302 (murder), 364 (kidnapping or abducting in order to murder) and 366 (kidnapping, abducting or inducing woman to compel her marriage) of the Indian Penal Code (IPC), besides some relevant sections of the Arms Act.

The arrests in the case and the SIT’s on-going probe notwithstanding, the case has put the state in bad light as it has exposed not only the absence of police around the girls educational institute(s) but also a crass neglect to state government’s own promises including police presence around girls’ schools and colleges, repeatedly made for the protection of girl since the past over five years.

The state government had been highlighting its various initiatives for “beti bachao, beti padhao” campaign ever since prime minister Narendra Modi launched it in 2015 from Panipat in Haryana.

The case further exposed the shoddy policing as it has come to light that the victim had complained against the accused two years ago too, though, the same was withdrawn later allegedly because of political pressures. Now, the SIT is also looking into this aspect as well.

Even subsequently, a protest held near Delhi against the broad daylight murder of Nikita a few days later went berserk after police tried to disperse the crowd which had blocked national highway connecting Faridabad with the national capital. The protesters clashed with the police and pelted stones at them. Police detained several people for trying to disrupt law and order situation in Ballabhgarh during people’s gathering termed as ‘Mahapanchayat’ against the incidence.

Haryana’s Home Minister Anil Vij has told media the SIT would also probe the sequence of events leading up to the gruesome murder since 2018. He said that the main accused Tausif is said to be related to some Congress leaders from Haryana and it was under their pressure that the victim’s family had withdrawn an earlier complaint lodged against the man in 2018. He also said that it would also be investigated that why pressure was being put on Nikita to convert despite her outright refusal.

Questions are, nonetheless, still being asked on police and court functioning as there are numerous long-pending heinous cases of crime against women in the state which too seek
government’s swift action.

Law on the way

As the matter also rocked the recently held Haryana assembly session, state chief minister Manohar Lal Khattar said that the state government was considering bringing a strong legislation on ‘love Jihad’ to keep a check on the re-occurrence of such incidents. The state government would bring a proposal in this regard in the next cabinet meeting, he added.

He also told newspersons that state government had decided to bring a strong legislation on ‘love Jihad’ on the pattern of Himachal Pradesh and Uttarakhand.

Speaking on the issue in the House, Haryana home minister Anil Vij also said that taking a strict note of the case, the accused were arrested within 12 hours of the incident. He said to
ensure proper and speedy investigation and trial of this sensational case would be monitored for speedy trial by the government.

It is pertinent to note that Himachal Pradesh assembly had last year passed a bill against conversion by force, inducement or through marriages solemnised for the sole purpose of adopting a new religion.

Politics on the issue

The main opposition party Congress too tore into the ruling BJP-JJP coalition government with Congress’ chief spokesperson Randeep Surjewala, who is also a senior leader from Haryana, highlighting that was a 45 per cent increase in crime against women in Haryana. Alleging that in gang-rape incidents, Haryana was at the top, he went on to say that the state government did not have any moral right to stay in power for another day.

Earlier, the Indian National Lok Dal (INLD) MLA Abhay Chautala also came down heavily on the ruling government and highlighted how the crimes against women were increasing day by day during  BJP-JJP rule. He also alleged that the BJP was intentionally highlighting the caste angle in this case as it always did politics on the basis of the caste and religion.

Another case from Rewari?

Meanwhile, a Rewari-based family of a 16-year old girl missing for 21 days has approached the police, accusing a Muslim youth of “love Jihad”. Her mother has alleged that the accused, a driver of an earthmover vehicle, had lured her daughter into his love trap and taken her away. The police, however, say an abduction case had been registered against the accused as he has also been missing and the matter was being looked into.

However, sociologists who espouse consistent efforts to increase the civil awareness among people, point out that shocking incidents like the Nikita case have far-reaching adverse impact on the society. It is because of such crimes, that people fear to even send to their daughters to schools or colleges located far-off form their homes, they say and add that one can, thus, imagine what would be the civility quotient of a society with such a crass bias against women.

Noted sociologist Dr K L Sharma, former Professor of sociology and Rector (pro-Vice Chancellor), JNU, New Delhi,  and former VC, University of Rajasthan, says that such heinous crimes are rife in parts of northern states because of various economic or casteist issues. There is also a “general impression that one can commit any crime and get away with it, he says. Dr Sharma also points out that if there are violent reactions of the families over some “gotra” or inter-caste marriages in these states, one can imagine what could be the gravity of reactions in some inter-religion marriages. He espouses strong governance which could bridge up the gaps in the executives’ functioning and legal system to build up a civil society with strong social awakening. 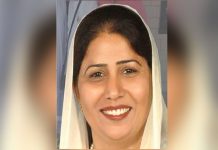