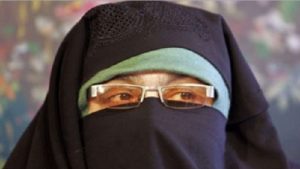 The special court has issued the production warrant against the three Kashmiri separatist women for December 12.

The production warrant is an order issued by a criminal court of law to produce a person before the court in connection with criminal proceedings pending against him or her.

The NIA in the charge sheet has accused the three separatists of allegedly engaging in anti-India activities and making several attempts to provoke the general public of Kashmir valley for an armed rebellion against the central government with aid and assistance of terrorist organizations based in Pakistan.