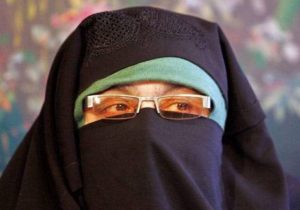 The National Investigation Agency (NIA) court on July 16 sent separatist Asiya Andrabi (chief of Kashmiri women group Dukhtaran-e-Milat) and two other women associates (Sofi Fehmeeda and Nahida Nasreen) for 30 days judicial custody in connection with alleged involvement in conspiracy and acts to severely destabilise the sovereignty and integrity of India with support from Pakistan.

Dukhtaran-e-Milat chief and two other associates were produced before the court amidst tight security.

The NIA added that the trio had been using various media platforms to spread insurrectionary imputations and hateful speeches advocating the use of violence against India and the secession of Jammu and Kashmir.

During the probe, several mobile numbers used by members of Dukhtaran-e-Millat were also collected and analysed. NIA probe revealed that the mobile details exposed that they are in regular contact with their associates in Pakistan and involved in anti-India activities.

The NIA further informed the court that the arrested members were allegedly running a concerted campaign on social media to solicit the support of Pakistani establishment which inter-alia includes arranging support from banned terrorist groups from Pakistan.

The arrest was reportedly made on the recommendations given at a security meeting chaired by National Security Advisor Ajit Doval in New Delhi on March 3.