Shiv Sena leader Sanjay Raut on Tuesday said that the next chief minister of Maharashtra would be from his party only.

“The face and politics of Maharashtra is changing, you will see, victory will be ours,” Raut said.

On Monday Sharad Pawar met Sonia Gandhi in New Delhi. According to the sources, the NCP is mulling over stitching up an alliance with the Shiv Sena.

However, sources said the meeting between Fadnavis and Shah was to draw former’s attention to the farmers’ woes in the Maharashtra due to unseasonal rains.

Fadvanis had also said that his discussions with Shah were on crop destruction in the state. 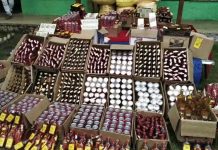