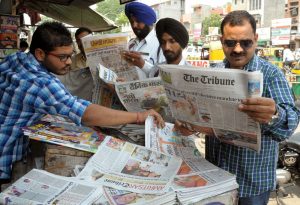 That was an amazing story but equally frightening for us. For some unresolved demands with the media group owners, the newspaper hawkers in Guwahati decided to boycott their routine works. For five continuous days, the Guwahatians did not receive their daily newspapers at their residences. However, the newspaper selling shops were open always as usual.

Ignoring the hawkers’ demonstration, every media house owner went on printing newspapers at midnight. They kept waiting for the distributors, but they did not turn up. Some owners even erected temporary stalls in prime locations of the city so that their dedicated readers can get the copies of newspapers. Few people bought newspapers from those stalls but the response was lukewarm.

We were keenly observing the situation and thought the city residents would soon start criticising us for not resolving the situation. When I was sitting at Guwahati Press Club during those days, I remained apprehensive about the outburst. But it never happened and everyone (who seemed to be a serious newspaper reader) interacted with me normally. In fact, nobody complained to me about the inconvenience.

Now, we realise that they are not much dependent on newspapers at home like earlier. Either they pick it from the stalls or simply skip the habit of reading newspapers in the morning hours. Nonetheless, they get enough news contents from the regional and English news channels, not to speak of alternate media outlets, which are increasing their appreciators nowadays.

But, the situation is not Guwahati or Assam or India centric. Rather it’s a western phenomenon, as many acclaimed newspapers in western world start facing the ignorance of readers. Now, most of those media groups have experienced the slow but steady shrinking of circulation figures and they opted for online editions with an aim to tap the readers worldwide.

In India, the situation is yet to be alarming as the internet access to half of our population remains a dream. We can claim 500 to 600 million Indians today enjoy some access to internet either through their computers (and laptops) or smartphones (and tablets), but there is a sizable population in the vast country which continues admiring newspapers.

A few weeks back, while interacting with a group of Guwahati based scribes through video conferencing from Murray Bridge in South Australia, Alan Gray, editor and publisher of the highly followed news portal ‘Newsblaze.com’, predicted that Indian newspapers in various languages would continue serving a huge population with news, views and analytical pieces.

“Alternative digital media may be growing in India, but the conventional and mainstream medium including newspapers still has a future in the populous country. India today emerges as a land of millions of smartphone & internet connected computer users, but there is a sizable population which lacks access to the new medium and continues to depend on print media outlets,” said Gray.

He, however, asserted that regardless of the increase in digital access, the basics of journalism in all media forms remain the same. Aspiring journalists must do proper groundwork before writing a story, whatever the format, otherwise, they might lose themselves in the crowd.

Trained journalists should aim for high-quality journalism to clearly separate themselves from untrained citizen journalists and neophytes.

Gray, who has been on the internet since it first started and presently practising journalism for many years in Australia, maintained that journalists in his country strive to maintain high professional standards, and enjoy a fair degree of job security and good pay packages. He also revealed that various media forms in Australia, including the press, radio-television and alternative media, all coexist in their own space in a dynamic landscape.

It is clear that more people now turn to their smartphones for fresh news rather than looking for traditional media outlets, Gray cautioned it has finally helped fake news to penetrate their minds.

Moreover, it is often difficult to distinguish the real from the fake, which is manufactured with misinformation and even disinformation, he maintained.

Agreeing that fake news is emerging as a major threat to both alternate as well as mainstream media, Gray said that this puts a greater responsibility on working journalists worth their salt. To maintain credibility and retain the trust of readers or viewers, he reminded, editor-journalists have all the more reason to be committed and pursue excellence in their chosen profession.

Fighting with enormous credibility crisis, where the editor as an institution is losing its position, the Indian newspapers continue growing. The $5 billion (Rs3,20,000 million) industry is estimated to grow for a few more years. The regional newspapers have shown promising growth in the recent post and one can expect the trend to continue for the next few decades.

Even though only 10 to 15 per cent Indian populace can understand and consume English till today, the first newspaper in India (The Bengal Gazette), was published in that language on 29 January 1780 by James Augustus Hicky during the British rule. It was a two-page weekly newspaper, where most of the space was occupied by government advertisements.

Recently speaking to Guwahati reporters from Paris, Daniel Bastard, head of Asia-Pacific desk in Reporters sans Frontiers (RSF) also admitted that newspapers in countries like India would survive even though mainstream journalism goes increasingly online. He pointed out that with the invention of photography, many people thought the painting would vanish, but it did not happen.

“Similarly, we thought, with the spreading of the television network, the radio will be obsolete, but the medium has bounced back in recent past with new technology, content and presentations,” commented the media rights activist adding that the newspapers today must improve quality putting more in-depth analytical pieces rather than racing with alternate media for mere news contents.

Coming back to our story, we had realised that the readers would not come to us asking interventions to end the hawkers’ strike. Some of our seniors took a desperate initiative to reach them calling their leaders to the press club. Pretending that we were mercilessly hunted by the readers for the strike, we asked them to resolve the issue amicably. For our relief, they agreed to distribute newspapers from the next morning. And we escaped almost a disaster. 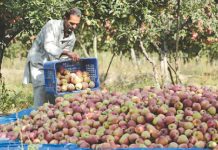