The US under President Donald Trump is no longer what it was during the days of the Obama administration or even before that so far as its South Asia policy is concerned. Its interest in Afghanistan remains intact, but the US today seems to have no love lost for Pakistan, once the most important non-NATO ally of Washington DC in the war on terrorism. Pakistan has ceased to enjoy centrality in the US policy for the region whereas India appears to have acquired the key position in the American scheme of things for South Asia and the surrounding areas.

Washington DC’s main worry concerning the region is that under no circumstances should terrorists and extremists be allowed to strengthen their position as they pose the gravest threat to US interests in the region. As President Trump mentioned in his latest policy speech, “In Afghanistan and Pakistan, America’s interests are clear: We must stop the resurgence of safe havens that enable terrorists to threaten America, and we must prevent nuclear weapons and materials from coming into the hands of terrorists and being used against us, or anywhere in the world for that matter.” Since this is contrary to Pakistan’s undeclared policy with regard to the extremist elements, the increasing distance between Washington DC and Islamabad is not entirely unexpected. What is remarkable is that President Trump is not hesitant about pursuing his policy aimed at punishing Pakistan for its pro-extremist approach.

The other noticeable point is that the US does not intend to keep India away from its new Af-Pak policy because now Washington DC has come to realise that India can play a significant role in establishing peace in the region using its popularity in sections of Afghanistan. Earlier, the US viewed India’s role by putting Pakistan at the centre of its Af-Pak agenda, which was not a wise policy.

Pakistan has never been sincere in getting the Taliban factions in Afghanistan defeated, essential for enabling the government in Kabul to establish its sway all over the landlocked country. The reason is that the decimation of the Taliban may not help Pakistan achieve its larger objective of finding ‘strategic depth’ in Afghanistan. Besides this, a strong Taliban factor in Afghanistan will work against India’s interests which obviously suits Pakistan. That is why
Pakistan has been clandestinely doing all it can to ensure that the network of the Taliban, including the Haqqani faction, remains as strong as ever.

This has been a major worrying factor for the US as it cannot afford to allow any country or agency to provide any kind of help to the Taliban because the extremists remain as strongly opposed to the US presence in Afghanistan as they are against India. President Trump is, therefore, right is his observation (through a tweet), “The United States has foolishly given Pakistan more than 33 billion dollars in aid over the last 15 years, and they have given us nothing but lies & deceit.”

This has resulted in the US freezing more than USD 1.15 billion security assistance to Pakistan, accusing Islamabad of harbouring terror groups like Hafiz Saeed’s Lashkar-e-Taiba and Afghan Taliban factions such as the Haqqani network and unwillingness to go against these elements with “decisive actions”. This may not be the end of the US’ resort to coercive diplomacy to force Pakistan to honour the promises made to the world community by acting decisively against the destructive elements having presence all over the country. The Trump administration has threatened to impose economic sanctions too on Pakistan if the latter does not put the extremists under the leash. These sanctions against Pakistan, it seems, are not far off though it may be difficult to get approval for such a measure from the UN as China can come to the rescue of its all-weather-friend with its veto power.

The tightening of screws on Pakistan has evoked welcome from Afghanistan, which has been suffering not only because of internal factors but also owing to external designs mainly involving Pakistan’s intelligence agencies to keep the pot boiling in its own interests.

All these indicate serious trouble ahead for Islamabad on the economic and other fronts. The US may intensify drone strikes in Pakistan’s tribal areas which may result in the latter’s tribal population mounting its pressure on Islamabad to meet the challenge with full might. These developments may only multiply Pakistan’s difficulties obviously owing to its short-sighted, adventurous policies.

But India too is unlikely to feel comfortable under such circumstances. Chances are that terrorist attacks may go up considerably if foolproof precautionary measures are not taken in time. The scenario that may emerge will be in accordance with the terrorists’ designs. They have always been opposed to any kind of peace drive involving the US as well as India. They will get an excellent opportunity to mislead Pakistan’s common man that the US and India have come together to bleed Pakistan to death. These elements are bound to prosper with all kinds of help coming to them from different sections of society and institutions like the army, which even otherwise has been sympathising with the extremist elements owing to their anti-India and anti-US activities.

US strategists must keep all these factors in view while going ahead with the implementation of Washington DC’s new policy framework. The US will have to go ahead with its redesigned scheme for the region with great caution so that its moves do not boomerang or worsen the situation in South Asia. India may ultimately be the biggest loser with the extremists getting a protective shield from the China-Pakistan axis and India being used by the US to further Washington DC’s geopolitical interests. The US has always been trying to use India for two main purposes: to capture the second biggest market after China for its costly products to keep its industrial wheel moving at a fast pace; to push India against China to prevent or delay Beijing’s projected emergence as the world’s future super power.

However, the refurbished US policy for South Asia can result in a major gain for India if the US succeeds in freeing the region from the extremist scourge. Can the Trump administration do it? At this stage, such a denouement appears almost impossible. We all know that the US used all its might to eliminate the Taliban in Afghanistan in the wake of 9/11 but without success. If this has been the experience in Afghanistan, how can one expect a different result in Pakistan, where the US campaign is likely to be limited to coercive diplomacy? There is one way that may lead to victory: if the US cannot defeat the extremists, it can formulate a strategy to render these elements irrelevant. 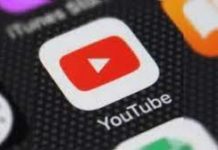