THE INITIAL euphoria over the new regulations governing unit-linked insurance policies (ULIPs) may be misplaced. Even with the new guidelines, which envisage staggered commissions for agents and brokers, the net return to customers may not change much. This is primarily due to premium allocation charges being levied through the term of a policy.
The charge is deducted from premium before it is invested. Under the old ULIP structure, most products charged premium allocation fees for only a few years. Under the new structure, however, such fees would be charged over the entire tenure of the policy, which could be 15 years or more, resulting in more subdued returns than was earlier estimated.
In many cases, the returns could be lower. This is borne out in an “internal illustration” carried out by Aviva Life Insurance Company India Ltd for its own use, concerning two of its products. It says, if a person pays an annual premium of Rs. 50,000 for 20 years in Aviva Freedom Life Advantage, the projected fund value in the new regime would be Rs.15,85,993 against the projected fund value of Rs. 16,31,068 as per the older regime, indicating a loss of Rs. 45,075. The “illustration” presumes an annual return of 10 percent.

Once the new ULIP guidelines are in place, the returns in many cases could be much lower. But the insurers dispute this

Asked whether the return on ULIPs over 20-25 years would be lower in the new structure, GV Nageswara Rao, chief executive officer of IDBI Federal Life Insurance Company Ltd, said,“The returns will remain at par with the older regime. But there would be other benefits, such as lower surrender charges and more riders. Even the number of products would decline, resulting in less confusion among policyholders.”
Rahul Aggarwal, chief executive officer of Optima Insurance Brokers, agrees. “The returns on policies having a maturity of 7-8 years will definitely increase, though this may not be so in the case of a longer regime. The whole idea of the changes in the ULIP guidelines is to increase transparency,” said Aggarwal.
The new ULIP guidelines kicked in from 1 September. IDBI Federal has launched one new ULIP and Aviva Life two products. Other insurance companies have together launched close to 50 new products. At the same time, some 250 ULIP products have been withdrawn. Companies such as ICICI Prudential Life Insurance, Reliance Life Insurance Company Ltd and Tata AIG Life Insurance Company Ltd have withdrawn more than 10 products each. And Life Insurance Corporation of India, India’s largest insurance company, has withdrawn nine.
Illustration: Samia Singh 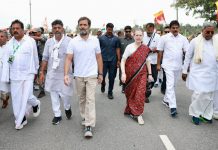