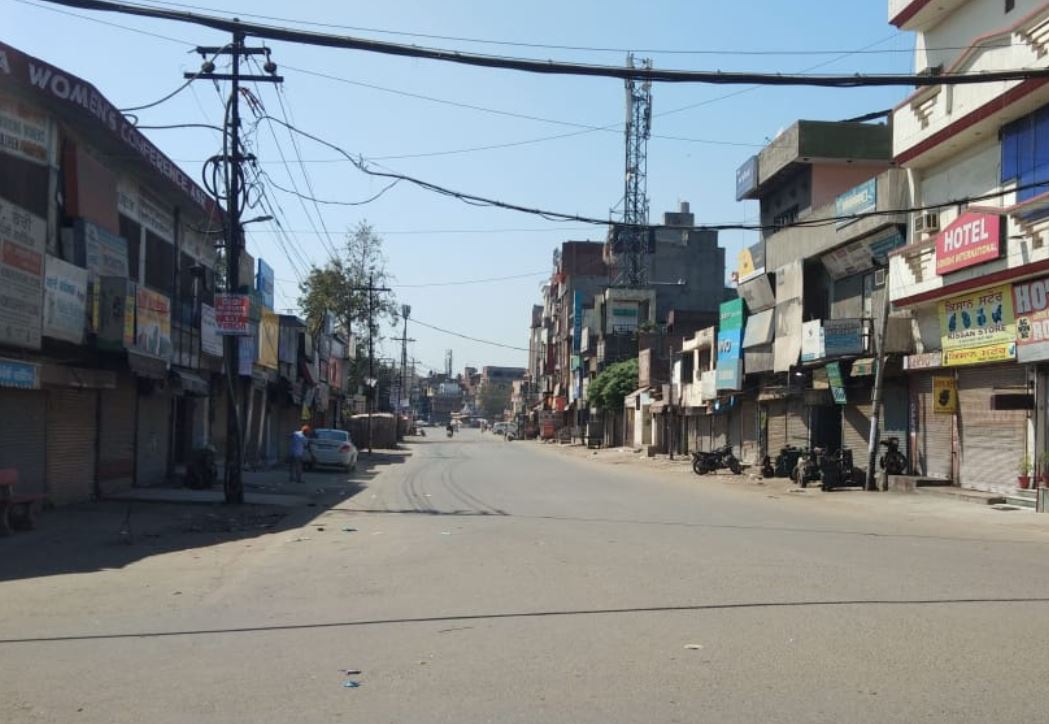 A day after imposing full curfew in the state to tackle the COVID-19 crisis, Punjab Chief Minister Captain Amarinder Singh on Tuesday announced a series of measures to ease the problems faced by the people, and to enable the police and civil administration to manage the situation more effectively.

Given the need to continue with the curfew, which had received good response, it was essential to minimize the hassles faced by the citizens, said the Chief Minister, adding that the new curfew guidelines would be implemented strictly under the overall supervision of the DCs, who would ensure that the people have access to essential supplies and services.

It was imperative to maintain distance, and also to trace and test all those who had returned from Corona-affected countries, said the Chief Minister, adding that of the over 94000 NRIs and foreign returned persons who had entered the state in recent days, most had been tracked and around 30,000 had been placed under isolation. All-out efforts were being made to trace the remaining, he said, adding that constant monitoring was in progress to keep check on any new entrants.

Strict action was being taken, with prosecution under Section 188 IPC, against those found violating the curfew, said the Chief Minister, warning that a close watch was being kept on the 48,000 persons under home quarantine to prevent them from moving out under any circumstances. In case of violation of home quarantine, the Sarpanch/Lambardar has been report the matter to Ilaka magistrate, DSP or SHO, or call the Police on 112.

Stressing that he understood the problems of the people in the prevailing conditions, the Chief Minister said DCs had been asked to ensure door-to-door delivery of essential commodities, such as groceries, milk, fruits and vegetables, through pre-identified hawkers/ distributors, wherever possible. Cart vendors will be designated to deliver milk, bread, biscuits, eggs to homes every morning by SDM or Sector (Ilaka) Magistrate, as part of the curfew management system.

As per the new curfew management guidelines, general exemption is completely barred, with no vehicular movement allowed without curfew passes. Only in case of emergency, people may be permitted to go on foot for essentials like groceries, milk, fruits and vegetables and medicines/chemists and, to visit doctors and nursing homes, as per the guidelines, said the Chief Minister.

The DCs will disseminate the phone numbers etc for home delivery and also give permission, where needed, for temporarily going out for medical aid, essentials etc. In emergency, a citizen/resident should be able to call police or civil control rooms to avail necessary essential services, said the Chief Minister, adding that the police and civil administration has instructions to ensure that the citizens do not face hardship and are not harassed at this critical time.

The Chief Minister said he had directed District Mandi Officers/ Market Committee Secretaries to ensure implementation of the system of home delivery of vegetables and groceries, respectively, to ensure that people do not flock at shops in large numbers during curfew relaxation, which could trigger a law & order situation. Some bigger malls and businesses can also be engaged for door to door delivery, he suggested.

Instead of blanket permission for opening of grocery shops, milk vendors, fruits and vegetables shops and chemists, it has been decided to allow them to open on rotation, in a manner that at any point of time at least one shop each is open in a given area. Such shops will also be allowed to provide door-to-door delivery on call, said the Chief Minister.

To check over-crowding and ensure that spatial distance is maintained at the shops permitted to open, the Chief Minister said it had been decided that these should be kept under the supervision of 1-2 policemen.

All efforts are being made to address the genuine needs of the people in the state, with special focus on the underprivileged, said Captain Amarinder. He reiterated that the imposition of curfew was a necessity in the circumstances and appealed to the people to cooperate in their own interest, and in the larger interest of the state and the nation.