When Google Met Wikileaks
By Julian Assange
In his latest book, Juian Assange produces a transcript of a secret meeting with Eric Schmidt, the chairman of Google, in June 2011, while the former was still under house arrest in Norfolk, UK. The two giants locked horns, debating everything from the Arab Spring to Bitcoin. Assange explores the implications of Google’s vast reach and its relations with the US, and at the same time summarises his vision for the future and the freedom of the Internet, which he believes is based in its statelessness.
Navayana; 295, Pages 223

Calcutta Diary
By Ashok Mitra
Ashok Mitra’s Calcutta Diary (first published in 1977) is a reprint of a collection of essays that he originally wrote for his widely read column by the same name in the Economic and Political Weekly in the 1970s. Most of these essays were written during the infamous Emergency and recount this difficult phase through the eyes of eastern India’s only metropolis. This new edition includes a foreword by Partha Chatterjee and commentary by Ranajit Guha.
AuthorsU pFront; 345, Pages 300

Agitating the Frame
By Slavoj Žižek
The Slovenian philosopher’s new book contains essays on economy, ideology, sexuality and cinema. While trying to engage the reader in a practiced craft of scepticism for all cultures and institutions, Slavoj Žižek decodes questions pertaining to the said topics and further goads us to question his answers. Whether it is the assertion of Gandhi being more violent than Hitler or analysing the traces of a virtual event using Christopher Nolan’s The Dark Knight Rises, Agitating the Frame satiates them all.
Navayana, 295, Pages 204 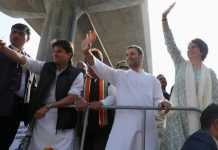