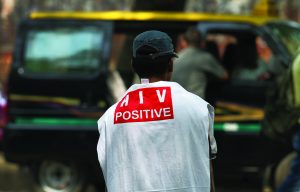 The Union Health Ministry has planned to introduce a new drug for the treatment of patients suffering from HIV/AIDS. “Dolutegravir” is a new drug which is likely to be available in the market by February 2020. Dr Naresh Goel, Deputy Director-General of National AIDS Control Organization (NACO) said in an interview: “Previously, we have been using the combination drug of TLE. But now, the health ministry has decided to use TLD combination drug – known as Dolutegravir. It has fewer side effects and tolerance is better.”

Informing about the other advantages of Dolutegravir drug, the official said that the resistance to the new drug will develop late and adherence is better. “The viral suppression is faster with the use of this new drug. We have started training our doctors on how to prescribe the new drug to the patients. By January, it will be done and in February, we will launch the drug,” he added.

Nearly eight in every 10 persons living with HIV are under treatment, according to the government data, and efforts are underway to expand the coverage basket. The Ministry of Health recently reiterated its resolve to make India HIV/AIDS free by 2030 with stress on zero infections by then.

The National AIDS Control Organisation statistics for 2017-2018 show 79 per cent people living with HIV know their status which makes it easier to seek treatment. “Post treatment, around 79 per cent people have their viral load suppressed. We are on the right track to ridding India of HIV,” Health Minister Harsh Vardhan said.

As of now the current estimates of People Living with HIV (PLHIV) is about 2.14 million, said the official. The health ministry has set the target to achieve the target of Sustainable Development Goal (SDG) by eliminating the epidemic of HIV/AIDS from India by 2030.

According to Union Health Minister Dr Harsh Vardhan, “During 2018-19, about 79 per cent people living with HIV knew their status and 82 per cent diagnosed with HIV are receiving free antiretroviral therapy and 79 per cent are virally suppressed. The basic target remains that of ‘’Three Zeros’’ — i.e. zero new infections, zero AIDS-related deaths and zero discrimination.”

As per the official data by NACO, every year about 88,000 new infections are added to their list. NACO has strengthened its monitoring mechanism with more than 35,000 reporting units providing information on completely IT-enabled system. Since 1980s NACO is playing a key role in fighting against the disease and reducing the prevalence of HIV/AIDS in the country. It has signed MOU with 18 Central government ministries to combat the disease.

Treatment access remains a challenge with most patients finding it difficult to use anti-retro viral dispensing facilities. Treatment gap remains the big challenge for HIV control.

The ambitious goal of ending HIV by 2030 notwithstanding, as per the latest HIV estimates published by the National Aids Control Organisation, India has reported only marginal improvements in the fight against the epidemic between 2015 and now. In real terms, there has been a rise in AIDS-related deaths between 2015 and 2017 with 69,110 dying of the infection in 2017 as against 67,612 two years ago.

The number of people living with the infection has risen from 21.17 lakh in 2015 to 21.40 lakh now. HIV prevalence in adults has declined over the years and is now 0.22 per cent as against 0.28 per cent in 2015. Experts working in the HIV sector say new infections remain a challenge with 40 per cent being reported among women. As of 2015, there were 89,000 new HIV infections in India. This has marginally reduced to 87,000, showing the slow  progress in the area.

India has pledged to end the AIDS epidemic by 2030 by halting and reversing it and recently passed a law to ensure non-discrimination with people living with HIV. The apex court further aided the anti-HIV fight by reading down Section 377 of the IPC which criminalised same sex relationship between consenting adults. The section was leading to HIV burden among men having sex with men going unreported as the patients went underground for fear of punishment.

India, China and Pakistan are among the 10 countries that accounted for more than 95 per cent of all new HIV infections in the Asia and the Pacific region in 2016, according to a UN report. Scales have tipped for the first time in the fight against AIDS as more than half of all people living with the HIV virus now have access to treatment, while AIDS-related deaths have nearly halved since 2005, said the report by the Joint UN Programme on HIV/AIDS, UNAIDS, ‘Ending AIDS: Progress towards the 90?-90-90 targets’.

In the Asia and the Pacific region, the majority of new infections are occurring in 10 countries led by India, China, Indonesia, Pakistan, Vietmnam, Myanmar, Papua New Guinea, the Philippines, Thailand and Malaysia.

The region’s HIV epidemic remains largely concentrated among key populations, including sex workers and their clients, gay men and other men who have sex with men, people who inject drugs, and transgender people. The annual number of new HIV infections in Asia and the Pacific has declined 13 per cent over the last six years, from 310,000 in 2010 to 270,000 in 2016.

The report added that in India, a respondent-driven sampling survey across 26 cities found that knowledge of HIV status was 41 per cent among people living with HIV who inject drugs. Of those who knew their HIV status, only 52 per cent were accessing antiretroviral therapy and 83 per cent of those accessing treatment were virally suppressed (55).

The report added that last year, 19.5 million of the 36.7 million people living with HIV globally had access to treatment and AIDS-related deaths have fallen from 1.9 million in 2005 to one million. With continued scale-up, this progress puts the world on track to reach the global target of 30 million people on treatment by 2020, according to the report. “We met the 2015 target of 15 million people on treatment and we are on track to double that number to 30 million and meet the 2020 target,” said UNAIDS Executive Director Michel Sidib. “We will continue to scale up to reach everyone in need and honour our commitment of leaving no one behind.”

Eastern and southern Africa, which account for more than half of all people living with the virus, are leading the way. Since 2010, AIDS-related deaths there have declined by 42 per cent and new HIV infections by 29 per cent, including a 56 per cent drop in new infections among children over that period. The report described it as a remarkable achievement of HIV treatment and prevention efforts aimed at putting the region on track towards ending epidemic.

In contrast, progress against the targets has been poor in the Middle East, North Africa, Eastern Europe and Central Asia, where AIDS-related deaths have pointedly risen. Exceptions, however, include Algeria, Morocco and Belarus, which have increased HIV treatment access from 2010 to 2016. The report also shows that globally, 30 per cent of people living with HIV still do not know their status, 17.1 million are unable to access ART and more than half are not virally suppressed.