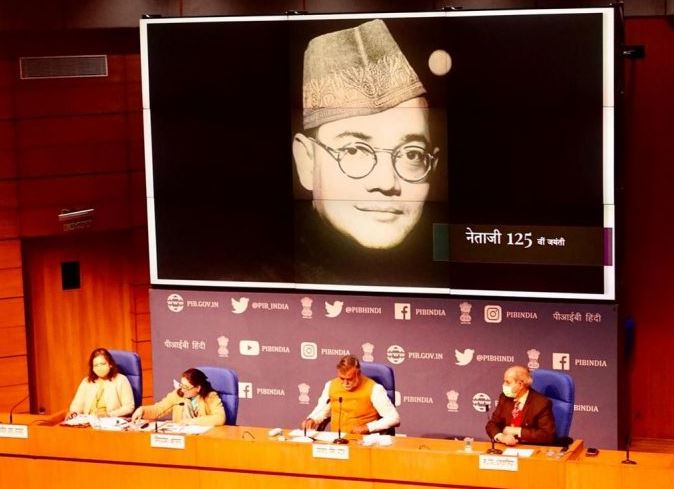 Indian Government on Tuesday decided to celebrate the 125th Birth Anniversary year of Netaji Subhas Chandra Bose in a befitting manner at national and international level, beginning from January 23, 2021. A High Level Committee, headed by the Prime Minister Narendra Modi, has been constituted for deciding the programs, and to supervise and guide the commemoration.

In order to honour and remember Netaji’s indomitable spirit and selfless service to the nation, Government has decided to celebrate his birthday on the 23rd day of January every year as “PARAKRAM DIWAS” to inspire people of the country, especially the youth, to act with fortitude in the face of adversity as Netaji did, and to infuse in them a spirit of patriotic fervour.

Prime Minister Narendra Modi will preside over the inaugural event of the celebrations being held at  Kolkata, Minister of Culture and Tourism Prahlad Singh Patel said while addressing media persons in New Delhi today.

The Minister further informed that the Ministry of Culture has proposed a number of activities and projects for this year-long commemoration. The inaugural function of the commemoration will be held at Victoria Memorial in Kolkata. A permanent exhibition on Subhash Chandra Bose and a Projection Mapping Show will be inaugurated on the occasion. Patel said “a commemorative coin and postage stamp will also be released on this day.”