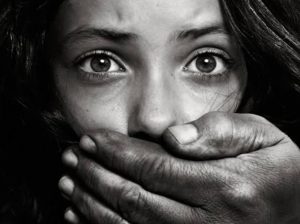 In what could be a major development in the recent Nepalese trafficking incident, a girl, understood to be one among the 301 females trafficked, has been rescued by the Yangon Anti Trafficking task force on February 5. The victim, who was saved by the task force along with the immigration centre at Pazunduang, had made a distress call to her family upon which they sought help from an NGO. As per source, the authorities acted on information gathered from Impulse Case info centre Myanmar – an NGO working in the area of human trafficking. However, another trafficking victim from the same batch, could not be rescued and has allegedly been sent to Kuwait by traffickers.

The victim, who has been rescued on February 5, was found at an Hninnsi Budget inn in Pazunduang, in Yangon.
Speaking first to Tehelka, Hasina Kharbhih, Founder of Impulse NGO Network, said, “As soon as  our case info centre in Myanmar got hint of the matter, they informed the task force and other parties concerned. We are hopeful that this development might lead to further successful rescue operations in this case.”
Around 301 Nepalese females are allegedly being taken to Middle East countries by traffickers. As per sources, many victims have been routed through India and Myanmar, as Nepal has a stringent immigration policy deterring traffickers from taking their victims abroad directly from the country.
Nepal is a known hotbed for traffickers, who dupe both males and females at impoverished villages, by luring them with job prospects. However, most victims only end up as slaves or bonded labourers. Sources have revealed that the victim, who has been trafficked to Kuwait from Myanmar, could also end up as a bonded labourer. 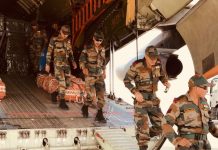