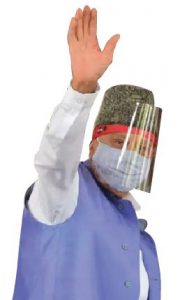 When former J&K Chief Minister and National Conference leader Dr Farooq Abdullah went to attend parliament for the first time after the abrogation of Article 370, people in Kashmir expected him to forcefully raise the issue of the constitutional changes in Kashmir. On his part, he too raised the expectations.

“I will raise our issues there,” he told media in Kashmir before leaving for New Delhi .

But in his speech in the Lok Sabha, Abdullah steered clear of the demand for restoration of Article 370. Instead, he sought high-speed mobile internet for J&K so that children can study. He also sought talks with Pakistan on the pattern of the ongoing dialogue with China. And Abdullah also expressed happiness over the Indian Army’s admission that three labourers were mistakenly killed in the Shopian encounter.

Later Abdullah held a protest outside parliament along with another Member Parliament  from his party Hasnain Masoodi against the killings of innocent civilians by the forces. They held pictures of the civilians killed in Shopian encounter and that of a youth Irfan Akber Dar killed allegedly in police custody in North Kashmir town of Sopore.

It was only after this that Abdullah held a protest against the withdrawal of Article 370. This time it was a joint protest by the MPs of his party — Abdullah himself, Hasnain Masoodi and  Mohammad Akbar Lone – and that of the PDP — Mir Fayaz and Nazir Ahmad Laway. Interestingly, they were joined by the DMK MP  Kanimozhi.

Recently six J&K parties issued a joint statement, also called Gupkar declaration, that unequivocally sought the restoration of Article 370. The declaration was passed under the leadership of Abdullah, the senior-most leader in the region.

However, ever since the parties that included also Congress have done little to carry forward their new agenda. They have yet to hold any joint political activity or issue a call to people for a peaceful protest. The leaders have baulked at pushing the envelope considering the centre seems in no mood to tolerate dissent in the Valley beyond a point. As things stand, the PDP president Mehbooba Mufti continues to be in jail under Public Safety Act and there is little indication that she will be released anytime soon.

Abdullah, however,  clarified that the Speaker had not given him time to discuss Kashmir in parliament despite promising to do so. He made amends later by forcefully articulating the existing situation in Kashmir in an interview to Karan Thapar in which he said that after withdrawal of Article 370 Kashmiris are so alienated that they would prefer to be ruled by China than New Delhi.

But it still remains to be seen how Abdullah’s National Conference and the other local parties would carry forward their struggle for reversal of August 5 move in Kashmir.

“Gupkar declaration is a big development in Kashmir. Six parties that constitute the entire mainstream politics of J&K have come together to press for the restoration of Article 370,” said a political leader associated with the PDP on the condition of anonymity. “Fighting for our rights is a process, not an event. We know this will be a long haul”.

Also, considering the fresh delimitation exercise is still ongoing, J&K is unlikely to have an Assembly election anytime soon.  Already Omar Abdullah has said that he won’t contest any election until J&K remains a union territory. So, Kashmir is unlikely to see any visible political activity anytime soon.

“For Gupkar declaration to be taken seriously, the six parties have to do more than just have the demand for restoration of Article 370 on their agenda,” says Naseer Ahmad, a local columnist. “Abdullah raising the issue inside parliament would certainly have been a step in this direction”.