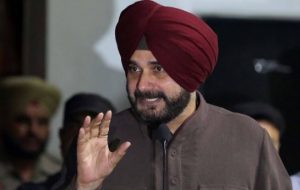 Punjab cabinet minister Navjot Singh Sidhu has been asked to leave The Kapil Sharma show after a controversy over his remarks on the Pulwama terror attack. He will be replaced by Archana Puran Singh on the show.

His statement did not go down well with most of the people who began an online campaign seeking his removal from The Kapil Sharma Show.

On Friday, while condemning the terror attack, Sidhu said, “It is a cowardly and dastardly act and I condemn it. Violence is always condemnable and those who did it must be punished.” However, he followed up by saying that nations cannot be held responsible for the acts of terrorists.

“The terrorists do not have religion. There are good, the bad and the ugly. Every institution has it. Every nation has them. The ugly need to be punished. But individuals cannot be blamed for the dastardly act,” he said.