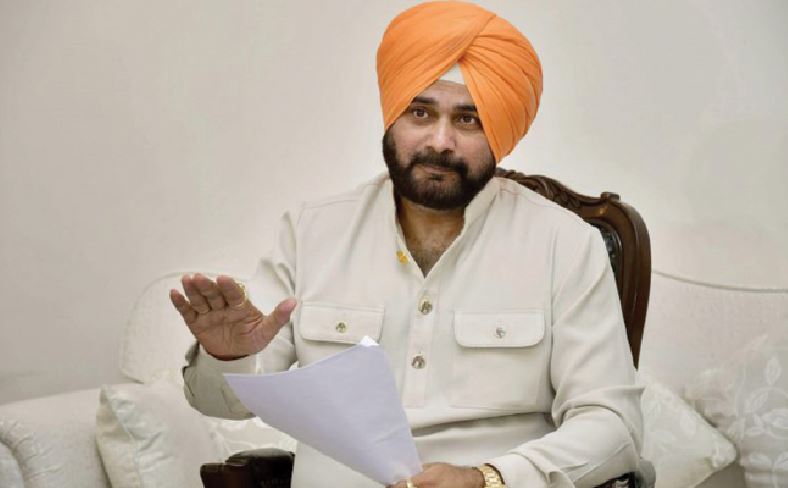 Infighting does not augur well for the Punjab Congress, which is going to Assembly electionss next year, reports RAJENDRA KHATRY

Maverick Navjot Singh Sidhu is in a rebellious mood again. As all efforts of a patch-up with Punjab Chief Minister Capt Amarinder Singh failed to work according to the desires of the firebrand leader, Sidhu is back to his old ways of hurling a barrage of allegations against people he does not get along well with.

Infighting in the party does not augur well for the Congress going to the Assembly polls early next year.

This time Sidhu is again taking a swipe at the Capt Amarinder Singh-led ministry in Punjab. He does not mince words even if he is attacking his own partymen. This time he has picked the sensitive sacrilege and the drugs menace issues to hit out at his government.

In his latest attack, Sidhu said the Punjab Congress government has cheated the people who voted it to power on the assurance that those allegedly responsible for the 2015 sacrilege incidents and drug cases would be taken to task. This, however, has not been done according to Sidhu and he seems to be in no mood to let things go.

Navjot Sidhu also seems to have decided to shift back his base to his ancestral place-Patiala, though when he was elected from Amritsar, he had said he would never come back to Patiala. But for the last four months or so Sidhu has been staying in Patiala itself. He even addressed a press conference from Patiala against his own government from there.

Sidhu has blamed Capt Amarinder Singh-led government for the alleged botched-up investigations for failing to nail the guilty in the sacrilege as well as the drugs issue. According to Sidhu, the Congress government in Punjab was formed on the promise of punishing the guilty of sacrilege and those involved in the drug cases, but it failed on both fronts. Therefore, the public now feels cheated as the government didn’t keep its promise.

It is a fact that even after such a long time and two separate judicial commissions of inquiry, besides three police investigations and a probe by the CBI, the real story behind the incident had not been revealed and as a result, the guilty persons could not be clearly identified leave aside being punished by a court of law.

Sidhu wondered why the big names involved in the drug racket were not exposed after so many investigations. Drug lord Jagdish Bhola and others had gone on record that they were only pawns and there were other people involved. Curbing the drug menace in Punjab was the major election promise made by Capt Amarinder Singh.

He said that because of botched-up investigations in the sacrilege case, the Special Investigation Team (SIT) failed to reveal much and finally the Punjab and Haryana High Court quashed. He said though CM Capt Amarinder Singh has announced his government will contest the HC ruling in the Supreme Court, there does not seem much hope.

After the rebuff to the SIT, IG police, Kunwar Pratap Singh, who headed the SIT has decided to resign from the police. Despite pleas by Capt Amarinder, Kunwar Pratap Singh has not changed his decision. This is a kind of a setback for the Capt government.

Earlier Sidhu had expressed his displeasure with Capt Amarinder Singh government the moment he had been divested of the Local Bodies portfolio a couple of years ago. He has been in a rebellious mood ever since. Recently there was a move made by Punjab Congress party affairs in charge Harish Rawat for patch-up between Sidhu and Capt Amarinder. Things seemed to be moving in the right direction for some time and Sidhu had even accepted a meeting with Capt over tea. But things did not work well.

It was said Sidhu had been angling either to get back the Local Bodies portfolio which he had held earlier or post of the Punjab Congress chief currently held by Sunil Jakhar, a close associate of Capt Amarinder. It is not known if either of his wishes was going to be fulfilled, but the way Sidhu has gone back to his attacking mode it is clear now that his ‘settlement’ issue did not work out well.

So what will Sidhu do now? State assembly elections are going to be held early next year. The Congress High Command had hoped to win his support for another Congress win in Punjab. With the BJP-SAD alliance having broken and the farmers angry with the BJP over the issue of the three agricultural laws, things do not look rosy for the party. SAD on the other hand is also struggling for survival. The Congress, therefore, has a good chance in the next year’s assembly elections.

Capt Amarinder Singh has been leading the state from the front. In all probability he will be the Chief Minister candidate of the Congress again. Only Sidhu can challenge the leadership of Capt Amarinder and he may be aiming for that. No wonder Sidhu seems to have shifted his base to Patiala again, the home turf of Capt Amarinder.

The question therefore remains. Is Sidhu moving away from Congress gradually? Before the last elections when he was in two minds about which party to join after quitting the BJP, it was said the Aam Aadmi Party was keen to have him. But AAP did not agree to name Sidhu as the Chief Minister candidate and finally, Sidhu joined the Congress.

But now he is firing salvos from his ancestral home in Patiala. It is obvious to Sidhu that there is not much future for him in the Congress as long as Capt Amarinder is at the helm of power. So in a rebellious mood, he is attacking his own government. His views on the drug and the sacrilege issues seem similar to that of the main opposition party in the state-AAP. Sidhu has demanded that the SIT report on the Bargari issue must be made public. The Congress High Command has not yet responded to Sidhu’s attacks on the party leadership which has emboldened him. Sacrilege is the most important issue for him, says Sidhu and he will not keep quiet till the guilty are punished. 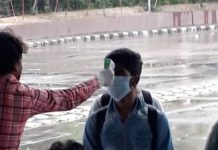 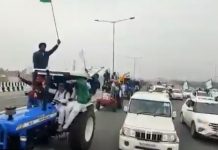