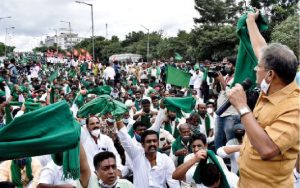 The extensive protest of farmers in Uttar Pradesh against the government is gaining momentum in support of a nationwide agitation over the recently passed legislations affecting the farmer’s interests. This allegedly paves the path to take away mechanisms of Minimum Support Price (MSP) and food security of poor from the government to multi-nationals and corporates. The prominent organisations of farmers have demanded withdrawal of these legislations and appealed the President of India not to grant assent to three interconnected enactments.

A Joint Action Committee of farmers associations across the country has given united call for a mass protest and ‘Bharat Bandh’ on September 25 to oppose the legislation. State-wide bandhs are being planned in Uttar Pradesh along with mutual coordination with Punjab and Haryana, along with local protests in other States. Most of farmers groups are supporting the call for making their demands felt in more forceful ways.

However, RSS-affiliated farmers groups will not join in plans for nationwide protests but they are still demanding amendments to provide a legal guarantee to minimum support prices (MSP).“We welcome the one India, one market that has been introduced by this new law, but we still want our demand for MSP guarantee to be included,” said Mohini Mishra, a general secretary with the Bhartiya Kisan Sangh, which is affiliated to the RSS. “The PM has assured, Ministers have assured that MSP will continue, but we want it to be included in the law,” he said.

Convenor of the All India Kisan Sangharsh Coordination Committee VM Singh appealing the President not to give his assent to the Bills said, “There will be nationwide unrest if MSP is not guaranteed and the food security of the poor is handed over to multi-nationals and corporates.”

Discussing the adverse impact of the amendment in Essential Commodities Act 1955 wherein food grains, pulses and oilseeds have been removed as essential commodities, Mr Singhexpressed his doubts, “It will result non procurement of these crops by the governmentraising questions about the announcement of MSP for purchase. So price mechanism would be in the hands of market forces putting farmers at the receiving end.”

Highlighting the difference between U.S. and Indian agriculture pattern, the general secretary of the Bharatiya Kisan Union, Yudhvir Singh, explains, “We cannot adopt the US model where only one per cent of the families are engaged in farm sector. In India, 86 per cent families belong to small and marginal farmer’scategory. Government must recognise that farmers are more vulnerable to exploitation outside the Mandi system. We are producers, not agri-businesses.”

“Our problem with the Bills goes beyond the MSP issue to the whole issue of phasing out Mandis. Yes, there is a need to improve Mandis and create supply chain infrastructure, but let the government do that,” he added.

Earlier in the month, three Bills on agriculture reforms – The Farmers’ Produce Trade and Commerce (Promotion and Facilitation) Bill, 2020; The Farmers (Empowerment and Protection) Agreement of Price Assurance and Farm Services Bill, 2020 and The Essential Commodities (Amendment) Bill, 2020 — were introduced in the Parliament on September 14, to replace the ordinances issued during the lockdown. Ever since the promulgation of these ordinances, the farmers have been protesting on the street and their organisations wrote many letters to prime minister but their concerns remained unattended.

These leaders also demanded in their letter to enact a legislation securing Minimum Support Price of all crops (including fruits and vegetables). Crops purchased at less than MSP must be included in the category of punishable crime. “Agricultural reforms like enactment of Minimum Support Price (MSP) legislation can stop excessive exploitation of farmers by middlemen and companies and this step will also increase farmers’ income, they emphasised.

Media Convenor of Bharatiya Kisan Union (BKU) Harendra Malik told Tehelka, “BKU feel these enactments are return of colonial company rule in the agricultural sector. Some state governments are also demanding for withdrawal of these three Acts, believing it to be a violation of the federal structure of the country.”

“Farmers all over India have been raising their voices against these laws. They are living in a state of fear that these laws will hold them captive of big companies and corporates. Marketing, storage, and import-export can never be in the interest of farmers,” he added.

Uttar Pradesh witnessed angry protests against agriculture bills. Muzaffarnagar, Samli, Saharanpur, Pilibhit, Agra, Etawah and other districts including the capital Lucknow. Protests against farmer bills were held in several cities of the state after passage of controversial bills from the Rajya Sabha. Samajwadi Party workers came on the road at some places and workers of Aam Aadmi Party and peasants’ organizations also aggressively demonstrated. The protesters were baton charged by police and detained protesters at some places. Samajwadi Party, Aam Aadmi Party and Farmers Organization were active in the protest against the central government.

Congress Party has decided to observe Gandhi Jayanti as ‘Save Farmers and Farm Labourers Day.’Responding the call for nationwide protests by central leadership,the UP Congress has announced to launch protest campaignfrom September 24, against the Narendra Modi government’s three farm legislations purported liberalising the agriculture sector.

“Congress party is leading an agitation against the government for passing this anti-farmer, anti-people laws, throwing all the conventions and the rules of the Rajya Sabha aside,” senior party leader AK Antony told presspersons.

Outlining the details of the programmes, UPCC president Ajay Kumar Lallu told Tehelka, “We will begin with press conferences in everyDistrict, Tehsil and Block headquarters. State congress will march Raj Bhawan tomeet and handover a memorandum to the Governor Anandi Ben Patel. October 2, will be marked as ‘Save Farmers and Farm Labourers Day’. On October 10, State-level Kisaan Sammelans will be held. We will also have a signature campaign that will end on November 14.”

Mr Lallu explained that the two laws would not only impact the farmers, but also the beneficiaries under the National Food Security Act. “The public food distribution system, minimum support price and government’s food procurement system are all interrelated. This will have far-reaching consequences,” he added. The congress workers have been given a task to create awareness among masses specially farmers and farm workerseducating them about the ill effects of these laws.

It is worth mentioning that amid loud protests and demand for division of vote by members of the Opposition, the Rajya Sabha on Sunday passed two agriculture-related Bills with voice vote, the Farmers’ Produce Trade and Commerce (Promotion and Facilitation) Bill, 2020 and the Farmers (Empowerment and Protection) Agreement on Price Assurance and Farm Services Bill, 2020.

The primary concerns raised by the Opposition parties are that these two Bills take away the protective cover of the Minimum Support Price for the farmers and allowing unregulated entry for big corporate houses in the agricultural sector.

No mechanism for price fixation

The Price Assurance Bill, while offering protection to farmers against price exploitation, does not prescribe the mechanism for price fixation. Thus, apprehensions prevail in the minds that the free hand given to private corporate houses could lead to excessive exploitation of farmers.

The Essential Commodities (Amendment) Act removes cereals, pulses, oilseeds, edible oils, onion and potatoes from the list of essential commodities. The amendment will deregulate the production, storage, movement and distribution of these food commodities. The central government is allowed regulation of supply during war, famine, extraordinary price rise and natural calamity, while providing exemptions for exporters and processors at such times as well. 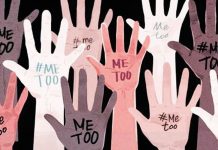 Do away with reverse gender bias, please!