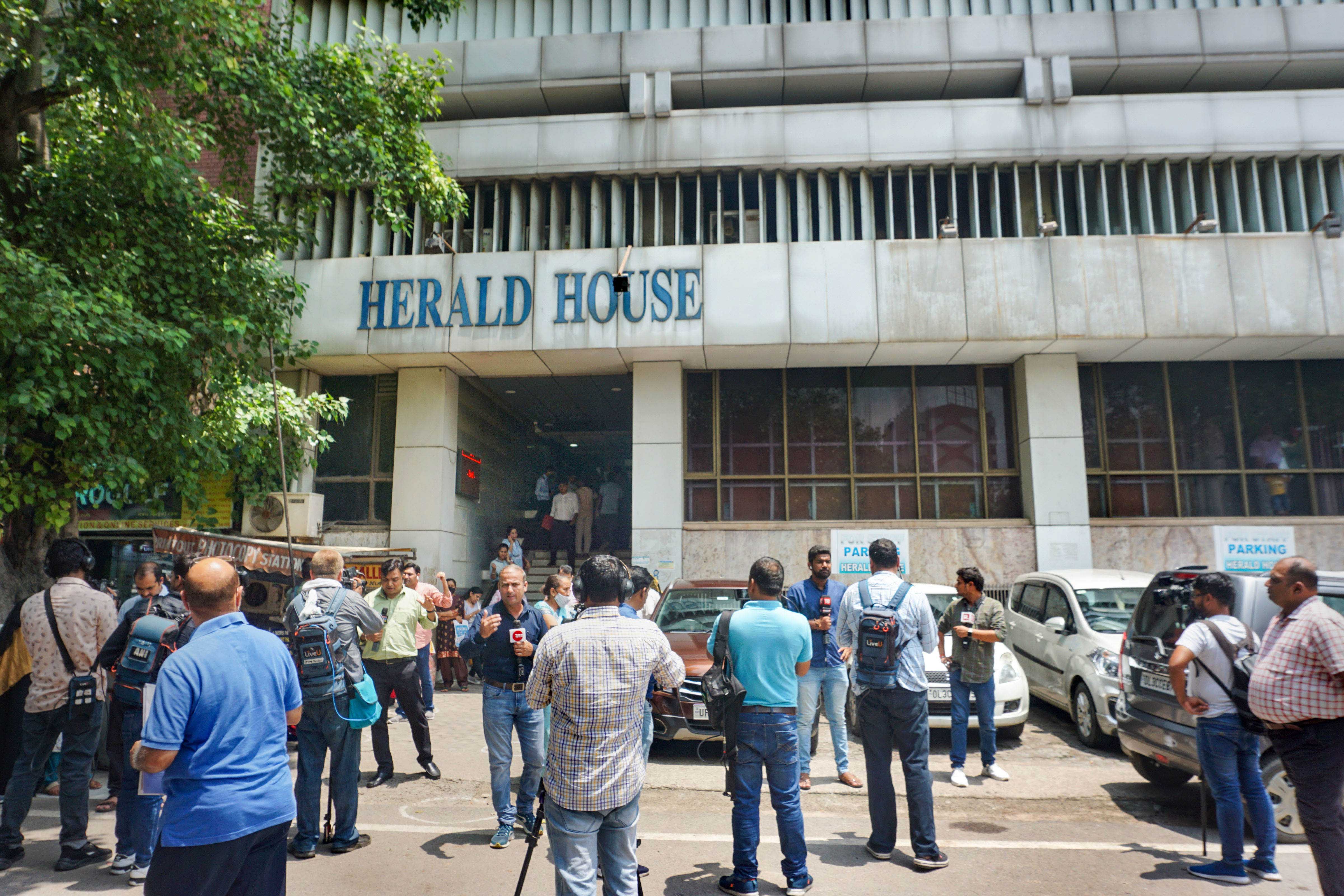 BJP MP Subramanian Swamy had approached a trial court in 2013 accusing Gandhis of fraudulently acquiring the publishing company of the National Herald newspapers with an intent was to illegally gain real estate assets worth over Rs 2,000 crore.

It was in 2013 when BJP MP Subramanian Swamy had approached a trial court alleging that the Gandhis had fraudulently acquired the publishing company of the National Herald newspapers. And now in 2022, in an interview, Dr Swamy, the economist-turned-politician said, “On the basis of all the facts available in this case, Sonia Gandhi, Rahul Gandhi and others would certainly be jailed. If the BJP government stays in power, they will surely be imprisoned”.

As on March 31, 2021, AJL held leasehold land in New Delhi and Patna. The New Delhi land leased to it in 1962 for Rs 4,88,599 by the Land & Development Office under the Housing and Urban Affairs Ministry is where the Herald House stands today.

The Associated Journals Limited initially had over 5,000 freedom fighters as its initial shareholders.  However, by September 2010, AJL had 1,057 shareholders and assets running into crores in New Delhi, Lucknow, Bhopal, Mumbai, Indore, Patna and Panchkula. The Herald House in Delhi is itself a six-storey building with around 10,000 sq metre office space. Despite its riches, AJL’s product, the National Herald, shut down in 2008 due to severe cash crunch.

At the heart of the investigation is an interest-free loan of Rs 90 crore the Congress extended from its funds to AJL from time to time since 2001. The Congress defence is rooted in the fact that Young Indian is a Section 25 company and is registered as a non-profit company.  The AJL was categorised as a Section 25 company under the Companies Act of 1956 which means a company registered as a non-profit organisation to promote charity, science, education, culture and other social causes, and its owners cannot receive profits or dividends like a regular company. On November 23, 2010, another Section 25 company was floated called the Young Indian. Like AJL in 1937, Young Indian was incorporated with a paid up capital of Rs 5 lakh and was registered with the same 5A, Herald House, Bahadur Shah Zafar Marg address.

Where it went wrong

On December 13, 2010, Rahul Gandhi was appointed as the director of Young Indian and little over a month later, Sonia Gandhi joined the Board of Directors on January 22, 2011. As on March 31, 2021, Sonia Gandhi and Rahul Gandhi each held 38% stake (1,900 shares) in Young Indian, while the former Governor, former CM and former Union Minister, late Moti Lal Vora and the late Oscar Fernandes each held 12% stake or 600 shares each.

Vora passed away on December 21, 2020 while former Union minister Fernandes passed away on September 13, 2021. As on March 30, 2022, there was no request for transmission of their shares.

Around a week after Rahul Gandhi’s appointment as Young Indian director, the Congress assigned the AJL debt to Young Indian, which meant that AJL now owed the Rs 90 crore to Young Indian. Interestingly, the Young Indian paid only Rs 50 lakh to the Congress for transferring the Rs 90 crore debt onto itself. On December 21, 2010, AJL’s Board approved the allocation of the accumulated loans to Young Indian. But unable to pay the amount, the AJL instead transferred a chunk of its equity to the Young Indian, which means the Sonia and Rahul-controlled private company came to acquire the publicly limited AJL. And along with AJL, they allegedly came to control valuable real estate properties across seven cities.

The National Herald ceased publication with the last edition of the newspaper in Delhi coming out on April 1, 2008. The Lucknow edition had already been shut 10 years before that. In 2008, editor-in-chief TV Venkitachalam had been at the helm for 20 years. A solemn notice in the last edition announced “temporary suspension” of the newspaper. “The temporary closure of National Herald and Quami Awaz was announced by the management of the Associated Journals Ltd, which published the paper,” Venkitachalam announced on the eve of the closure. The reasons given for the paper’s closure were losses due to overstaffing, mainly of the press and non-journalists, and lack of advertisement revenue. 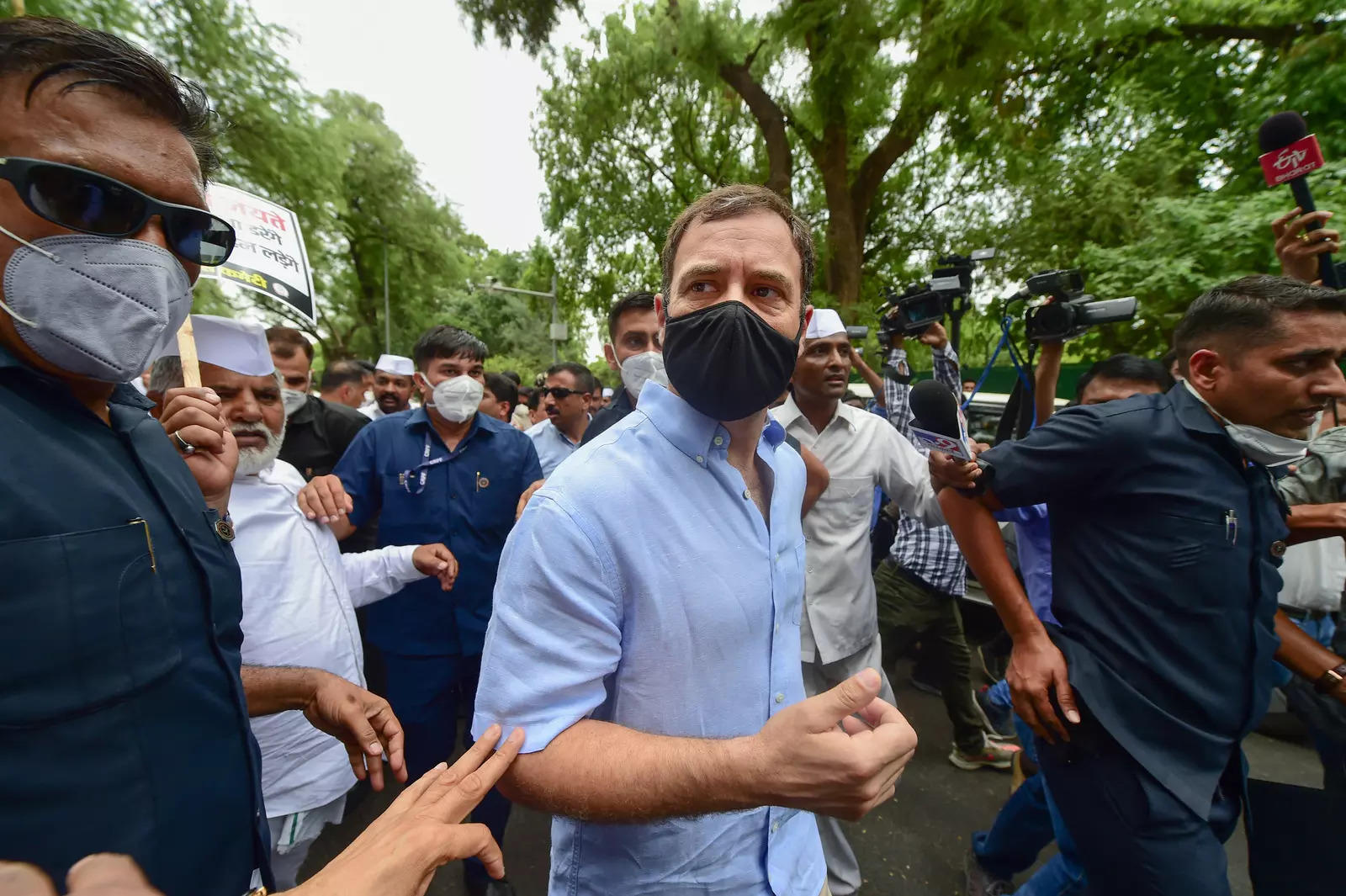 On August 31, 2016, the Congress announced the revival of the National Herald and Navjivan with Neelabh Mishra, earlier the editor of Outlook Hindi as the editor-in-chief. Ironically, the announcement of the revival came a few days after a Delhi court issued notices to Congress president Sonia Gandhi and the then party vice-president, Rahul Gandhi, in the case based on a plea filed by Subramanian Swamy. He alleged that the All India Congress Committee’s loans to AJL were illegal since a political party is barred from lending money for commercial purposes under Section 29A to C of the Representation of the People Act, 1951, and Section 13A of Income Tax Act, 1961.

The involvement of a “fake” Kolkata-based firm has also been alleged. According to Swamy, Rs 1 crore was taken from the firm named ‘Dotex’, which he alleged was involved in hawala transactions and money laundering. He claims that Rs 50 lakh from this amount was utilised to take over Associated Journal Limited. He alleged that the Congress had issued cheques to Dotex from Switzerland-based banks, and Dotex had converted those currencies into INR and ‘paid’ the Congress making it a clear instance of money laundering.

The case picked up heat again in June this year when the ED issued summons to Sonia Gandhi and Rahul Gandhi. Rahul Gandhi has been questioned for nearly 55 hours at intervals on June 13, June 14, June 15, June 20 and June 21. Sonia Gandhi, meanwhile, has been questioned for 11 hours at intervals on July 21, July 26 and July 27. Others questioned include Congress leader Mallikarjun Kharge, an office-bearer of Young India, for 12 hours total on April 11 and August 4. Pawan Bansal, interim Congress treasurer and MD of AJL, was questioned on April 12.

The Congress held protests against the summons and investigation on each of these days, with senior leaders also courting arrests. A week after questioning Sonia Gandhi, the ED on August 2 raided the head office of the National Herald at Bahadur Shah Zafar Marg in Delhi and 11 other locations, including the location of the ‘Dotex’ shell company in Kolkata. The ED on August 3 also temporarily sealed the office space of Young Indian in the premises of National Herald. 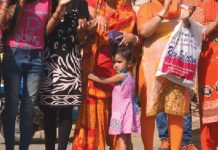