Rs 1 Crore for family if Delhi healthcare staff dies while... 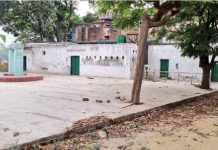