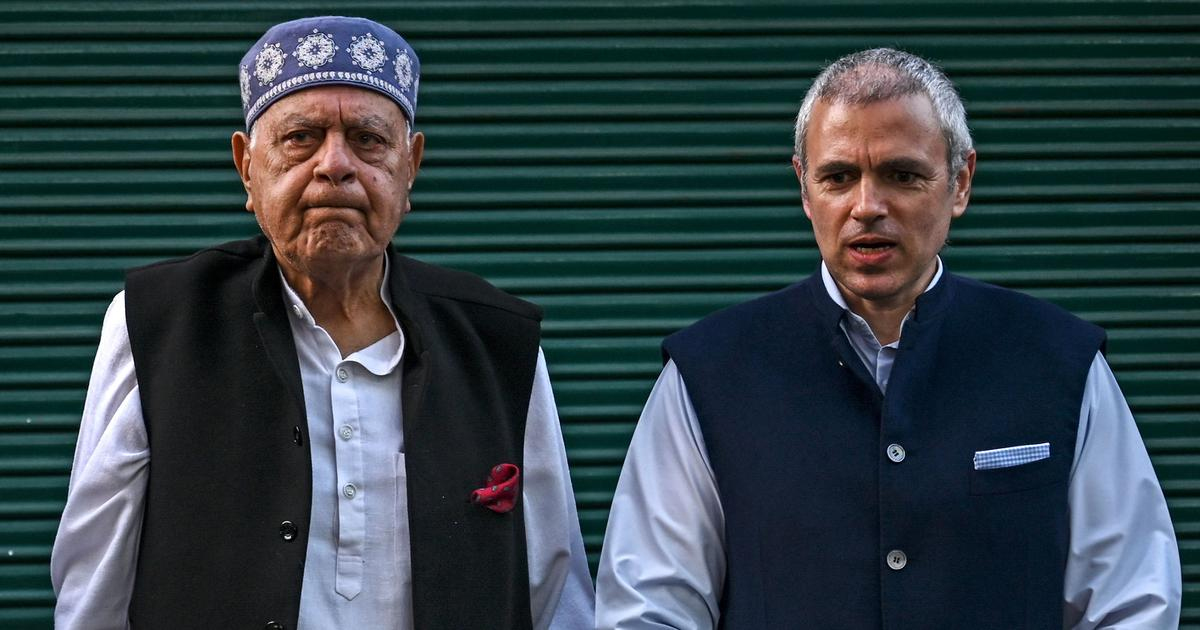 National Conference on Monday called for the restoration of Article 370 and 35A and statehood to the Union territory. The party also made a strong pitch for holding Assembly elections.

The demands were made in a resolution passed at a delegate meeting to elect the party president.

The meeting was held at the mausoleum of National Conference founder Shiekh Mohammad Abdullah on his 117th birthday.

“It was promised by the country’s Home Minister that the much-awaited assembly elections will be held after the delimitation process is over. Now that the process is complete and the final updated voter list is out, still there is no announcement for assembly elections,” the resolution reads.

“Considering the political situation in J&K, this delegate session resolves that Articles 370, 35-A be restored to their original, undiluted form,” the resolution further says. “It also demanded that the Centre should restore full statehood to J and K and announce the assembly election dates at the earliest.”

It urged the people of India to rise to the occasion and ask the BJP-led central government to remove injustices in Jammu and Kashmir.