The Jammu and Kashmir National Conference (JKNC) on Wednesday expressed anger over today’s Enforcement Directorate (ED) summon to party President Farooq Abdullah, a day after he was questioned by the same agency for a marathon six hours. The party lambasted the government for its agenda of ‘cornering any voices of dissent’.

Terming these ED summons, the latest on Wednesday, calculated coercive measures, the party spokesperson Imran Nabi Dar said it is aimed at curtailing Farooq Abdullah’s efforts to weave unity among the mainstream political parties in J&K.

Calling the repeated ED summons a pressure tactic, he said, “What is it that ED forgot to ask during the six hours it interrogated an 83-year-old Member of Parliament?

The government and its agencies, the spokesperson said, has no consideration for a law abiding citizen who is severely immuno compromised and diabetic.
“Dr Abdullah being treated like this is a proof that the BJP is not even interested in a face saving act and is completely comfortable with being seen as a bully by the nation,” he said.

“How many times will BJP use CBI, ED, anti corruption Bureau and its other agencies to browbeat opposition? The plot has become predictable. Anyone who speaks against the government or musters courage against its divisive politics will be hounded and summoned,” he added.

“The only way to get a clean chit these days is to surrender ones’ ideology and join the BJP. We’ve seen this story play out from Assam to Karnataka, from West Bengal to Andhra Pradesh but Dr Abdullah is not going to surrender to the BJP, come what may,” he said.

ED has been questioning Farooq Abdullah for a case of alleged misappropriation of money that took place in the Jammu and Kashmir cricket association when Dr Abdullah was its chairman. 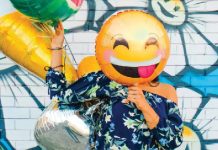 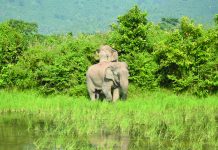