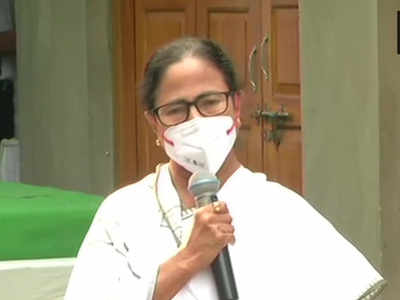 Mamata Banerjee, who has won Bengal but lost the battle for Nandigram to her former aide-turned-BJP rival Suvendu Adhikari, claimed today that the election officer who oversaw counting in the constituency was threatened.

Mamata Banerjee has alleged that the counting of votes in Nandigram was not above board.

The Returning Officer of Nandigram had told somebody a recounting order could risk his life, Banerjee told reporters.

Mamata lost the Nandigram election to Suvendu Adhikari by a little over 1,700 votes after a day of counting that ended close to midnight.

She and her Trinamool Congress have alleged that the counting of votes was not above board.

Demands for a recount were turned down by the election officer.

The Returning officer of Nandigram said a recounting order can lead to his life risk, she alleged today, reading out what she claimed was an SMS from someone on what the officer had feared.

“I received an SMS from someone wherein Returning Officer of Nandigram has written to someone if he allows recounting then his life would be under threat. I can’t order recount. My family will be in ruin. I have a little daughter…,” she read from her phone.

Banerjee also said the servers were down for four hours. “The Governor also congratulated me. Suddenly everything changed,” the Chief Minister alleged. 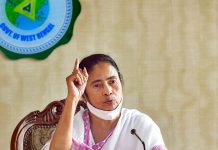 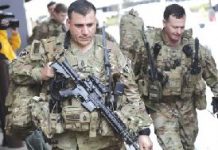 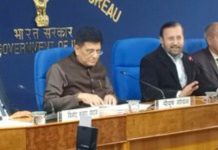