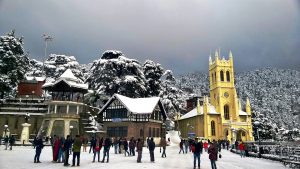 What hit was this latest news report on the name changing gimmick by the rulers of the day. Well, the next victim could be Shimla, as efforts are on to rename it — Shyamala! Tell me, after this name change, will residents of this hill station get better civic amenities or lessen its monkey-population or get adequate water supply!

Shimla, once-upon-a-time called the queen of hill stations, has been in news for all the wrong reasons. And now comes this name change shocker. Sit back and ponder the offshoots this is bound to drag along — The Shimla Accord will get changed to the Shyamala Accord. Your travel plans would have to carry an additional set of words along the strain — going to Shyamala… the hill station! And, of course, all those file jottings and archival aspects will go through endless rounds of confusing turns and twists.

Why is the government of the day hell bent on changing names of our towns and cities and villages? Perhaps, to distract us from the ground realities turning horrifying, to veil the murky deals coming to the fore, to camouflage the no-development scenario, to hoodwink the naïve, to add another layer to the chaos spreading out…In fact, it shouldn’t come as a shocker if the Right-Wing government decides to re-name even institutions and offices and departments. They could begin with re-naming the CBI and with that try and distract us all with the blatant corruption taking place; what, with the political who’s who not even sparing the country’s top investigative agency.

And with the likes of Giriraj Singh, who happens to be a minister in the Modi Cabinet, more than uttering communal poisoning along the strain that names of all those locales and localities, equipped with Mughal sounding names, ought to be changed, we can be in for severe shockers! What better can be expected when fascist forces are ruling this land! In fact, it’s not really surprising that each time the likes of Giriraj Singh come up with provocative statements there is no one to cry halt and stop the sheer poison getting unleashed.

Tomorrow, these frenzied rulers could attack minority communities along the alibi that their names and surnames sound too videshi! If you recall the hue and cry that erupted after Saif Ali Khan and Kareena named their son Taimur. There were television discussions and heated debates on this! With one of the Hindutva characters even going ahead to say that the baby should have been named Sameer. Why? Because such a name would be ‘okay’ for Hindu sentiments!

If this name changing gimmick is not halted immediately, then it could pave way for anarchy. What if the political mafia demands or commands to change the name of the Taj Mahal, Fatehpur Sikri, Humayun’s Tomb, Lal Qila, Purana Qila, Jama Masjid…the list is long as the successive Mughal emperors had ruled Hindustan not as conquerors but as kings who connected with the land and its people. That probably explains why Mughal emperors built magnificent monuments and well laid out gardens in many mofussil towns and cities of this country. Don’t tell me the Right Wing rulers will scrap the Mughal Gardens from prominent locales! What fate awaits the Mughal Gardens in the Rashtrapati Bhavan!

Name changing disasters have already begun in the States of Uttar Pradesh and Rajasthan and Maharashtra What, with Uttar Pradesh’s chief minister, Yogi Adityanath, changing the name of Allahabad to Prayagraj and coming up with several more names on his ever expanding wish list. And Yogi Adityanath government’s hatred for the Mughals and their monumental wonders gets writ large by this one telling fact — The annual budget for 2017-2018 made no mention of Taj Mahal in the section ‘Hamari Sanskritik Virasat’ (Our Cultural Heritage) incorporated in the finance minister’s 63-page speech. This aversion for the upkeep of the Taj Mahal when its one of the seven wonders of the world – UNESCO world heritage site that draws thousands of tourists and earns crores in terms of revenue for the government.

Also, on several occasions Yogi Adityanath publicly commented that the Taj Mahal, built by the Mughal Emperor Shah Jahan, did not reflect India’s ancient culture. Also, in his speeches he made it amply clear that no replicas of the Taj Mahal will be given to the foreign dignitaries visiting Uttar Pradesh , instead copies of the Hindu scriptures.

And the Rajasthan government’s dislike for the Mughal rulers gets writ large from the fact that students in Rajasthan are taught twisted and wrong versions of historical facts: Rajput king Maharana Pratap defeated the army of Mughal emperor Akbar in the Battle of Haldighati some 450 years ago! This is factually and historically incorrect. Historians point out that historical evidence shows that Maharana Pratap, ruler of the Mewar region, had fled the battlefield, although in the later years he continued his guerilla war against the Mughals.

Nah, no expert committee of historians and academics was involved in the decision. Just by the order of Rajasthan education minister, Vasudev Devnani, name of a historical monument stood changed. This fort, built by Emperor Akbar in 1570,was left untouched even when the Rathors, Marathas and the British ruled the state. The original name of the Ajmer Fort was legally sanctioned by a Gazette notification in December, 1968. It was named ‘Akbar ka Qila’ or ‘Daulat Khana’ and this name continued till, of course, Right-Wing government changed it!

Maharashtra government has almost defaced the names of Muslim rulers from its history books. This, when the Mughal legacy holds much relevance in the very history of India. Can we delete these historical facts: In the third battle of Panipat, where the Marathas were defeated by the Durani Empire of Afghanistan, the Marathas sided with Shah Alam II (Shah Alam II was only a puppet under the Marathas) and then led an army to punish the Afghans for their atrocities in 1772. They sacked fort of Pathargarh and forced the Rohilla Afghans to pay a huge war indemnity…The revisions of the Maharashtra text books omit the Delhi Sultanate and the Suri Empire in India, without which most of modern Indian history would be in complete, fraught with gaps or omissions, particularly when they form a crucial part of its social, political economic and educational culture. Without a discussion on the Bijapur Sultanate, Aurangzeb’s rise to power over other contenders to the throne and the invasion by Ahmed Shah Durani, simply cannot be studied or put in the historical context. 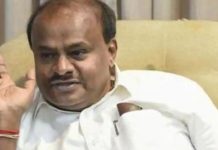 Cannot say who will be next PM: Baba Ramdev