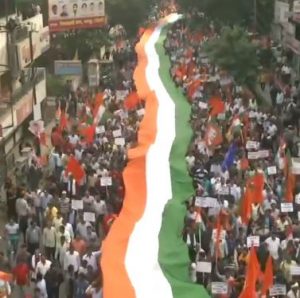 Thousands of workers of Lok Adhikar Manch along with BJP, RSS and various other organisations on Sunday gathered in Nagpur to hold a rally in support of Citizenship (Amendment) Act, 2019.

The rally started from Yashwant stadium to Samvidhan chowk in Nagpur. People raised slogans in favour of the citizenship law which is largely being opposed across the country.

People were seen holding flags of the various organisations with the Indian National flag at the rally. 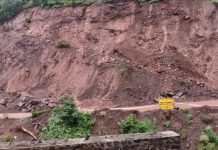