In which a poor Mumbai mohalla and a gang of Muslim girls conquer the basketball courts. Aastha Atray Banan tells the story


AFSANA MANSOORI, 16, looks out of place in her 4 by 4 shack in Nagpada. The leggy girl is dressed in shorts, a tee and sneakers. Next to her, her mother, who works as a domestic help at one of Mumbai’s skyscraper residences, appears diminutive. Their shack — one of many in the tiny lanes of this south Mumbai neighbourhood — is divided vertically by a plank, splitting it into a living room-kitchen and bedroom. Afsana, who is getting ready to cook dinner, describes her everyday routine in a matter-of-fact voice. After school, she cooks lunch for herself, her mother and brother. Her father died years ago. She then heads out to help her tired mother scrub floors and utensils at other homes till late into the evening.
Back home, before cooking dinner and watching a little television, Afsana pursues a hobby — and now potential career — that has left many astounded. Afsana plays basketball for the quirkily-named Nagpada Basketball Association, in short the NBA. “Basketball makes me feel different, that I am not just any other girl. I feel a sense of worth every time I shoot a basket. It started off just as a hobby, but now it’s a way of life. What would Afsana be without basketball?” she grins broadly.

One look at her team and you know change is around the corner in this largely Muslim neighbourhood. The Bobcats (as the girls like to call themselves, fashioned after the famous Charlotte Bobcats, a team owned by the legendary Michael Jordan) or the Nagpada Neighbourhood House (NNH) team (as they are known professionally) is made up of 12 Muslim girls. Formed around three years ago, the team holds up Nagpada’s reputation as the centre of basketball in India. The NNH basketball court — one of Nagpada’s two courts — is where the girls play. Every day the girls begin at 7 pm and practice late into the night. And it shows. A game organised as part of a NBA (this being the talent-hunting National Basketball Association from America) league tournament was eyeopening. The girls were pitted against a team from Colaba, and won without much of a fight. The Colaba girls with their coloured hair, Nike sneakers and short shorts were no match for the oiled hair, Bata shoe-stomping Nagpada girls, who ran like the wind. Whenever the players were caught in a scuffle, the Colaba ‘chicks’ yelled “F***!”, while the Nagpada girls had toothy smiles that seemed to ask, “What did she just say?”
How did this sport — accessible to the rich who can afford the wooden courts and healthy diets — become popular among Nagpada girls. As Abdul Khan, president of the NBA, says, “It’s because these girls have immense drive. Recently, there was a tournament in Nagpur. We could only afford to send one team, so we decided to send the boys. But the girls told me they just had to go. They paid for their train tickets, and that’s a lot of money for them. But it speaks volumes about their dedication.”
NAGPADA (ONCE home to the infamous Dawood Ibrahim) has given the country some of its finest basketball players — among others Abbas Moontasir, who captained India in 1975 when it stood fourth in the Asian Championships. Nagpada’s journey to being the heart of basketball in India started in the 1940s. “An American gentleman, Mr Longfellow became the director of the NNH which had focussed until then on volleyball. But his American passion for basketball overhauled the system. In 1953, Nagpada won a national tournament, and thus started the revolution. It’s like the story of Shivaji Park in Mumbai. Since Sachin Tendulkar emerged from there, every child from Shivaji Park wants to be a cricketer. Nagpada adopted basketball,” says Moontasir. “India needs to take basketball seriously. It’s still neglected,” he says despondently.


But his disappointment is to be expected. India’s love affair with basketball has at best been indifferent. The sport was first played in India in 1930. The first National Championship for men was conducted in 1934 in New Delhi, and the Basketball Federation of India was formed in 1950. “It still hasn’t picked up in India and is restricted to places like Kapurthala, Nagpada and Bhilai,” says Shankhajweet De, a filmmaker whose next movie traces the history of basketball in India. “The golden era was during the 1970s. Now our teams take part in international tournaments, but don’t get anywhere. But if you make it to a state team or national team, you get a government job, and that’s a great incentive.” BFI’s Maharashtra unit vice-president, Ibrahim Lakadwala, agrees, “Jobs are assured for girls who make it to the state or national teams. India now has many small tournaments. We just had the firstof- its-kind league tournament in Nagpada, where players were divided into clubs, and Rs 1 lakh was given as prize.”
It is something the Nagpada girls are aware of. When you see the girls on the court, their palpable energy draws you in. Off-court, though they work hard, they are also strangely content with what they have. When they discuss Michael Jordan, a team favourite, or talk about dreamy Hrithik or laugh about having boyfriends, they seem to belong on another planet — one where money doesn’t dictate happiness. But money is a big factor. Afsana’s mother Zainab, who was hugely upset when, at 13, her daughter joined the team, expresses pride now. “We came to Mumbai 30 years ago from Bihar. Since my husband died, I have worked hard to send my kids to school. I just want Afsana to stand on her feet.”

Rashid says, ‘I don’t become less of a Muslim because I let my daughters play basketball. One has to move with the times’

Her teammates, Afrin Sheikh (16) and her sister Sumaiya (14), live 500 metres away from Afsana’s house in a slightly larger shack — home to six — in the courtyard of a chawl. Their father, Rashid, drives a taxi and mother is a housewife. The girls have realised that their love for basketball could take them out of the neighbourhood. “We want to get good jobs through basketball, and we know we can. We see the boys playing, and we think, why can’t we? Basketball defines us,” says Afrin in her cramped hut. Her father Rashid was once a basketball player. “I am living my dreams through my daughters. I don’t become any less of a Muslim just because I let my daughters play. One has to move with the times,” he says. He knows the NNH hears complaints every few days from conservative quarters about the girls wearing shorts and being watched by men as they play. NBA president Abdul Khan says, “We tell them we are ensuring nothing untoward happens. These girls need a chance to prove themselves.”
NOT EVERYONE is so supportive. Sana Sheikh, a frail, pretty 16-year-old, who is one of the team’s ace shooters, says, “My mother is annoyed by my wearing shorts. My parents want me to quit and may get me married after class 12.” Sana’s father Yusuf’s only means of income are bets at Mumbai’s race courses, and though he is proud of his son making it to the national basketball camp, he is unsure of his daughter’s fate. “She is playing for now, let’s see what happens,” he says with goldtoothed smile. If she doesn’t start earning, it may be the end for Sana’s basketball dreams. “Her parents are too conservative, and it’s sad because she is one of the best players we have,” says the captain of the team, Sumaiya Sayed, who stays in the same building as Afrin, but on the second floor — a sign in this locality that her family has more money. Her father Sayed works in construction, and she attends one of South Mumbai’s better colleges. “At first, my parents didn’t want me to play, as this area is known for its slums and a notorious crowd. But they know basketball makes me happy,” says the 17-year-old who unlike the other girls, plans to head to Manipal to pursue a medical degree.
But Afsana only has basketball. She says, “I want to become a referee. That gets respect. It will also ensure I am attached to the sport for a long time.” She pauses, “I hope I can get a job with the railways. I need to get out of here.”

PM Modi to share video message with people at 9 am... 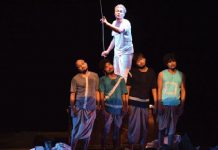 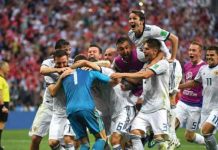