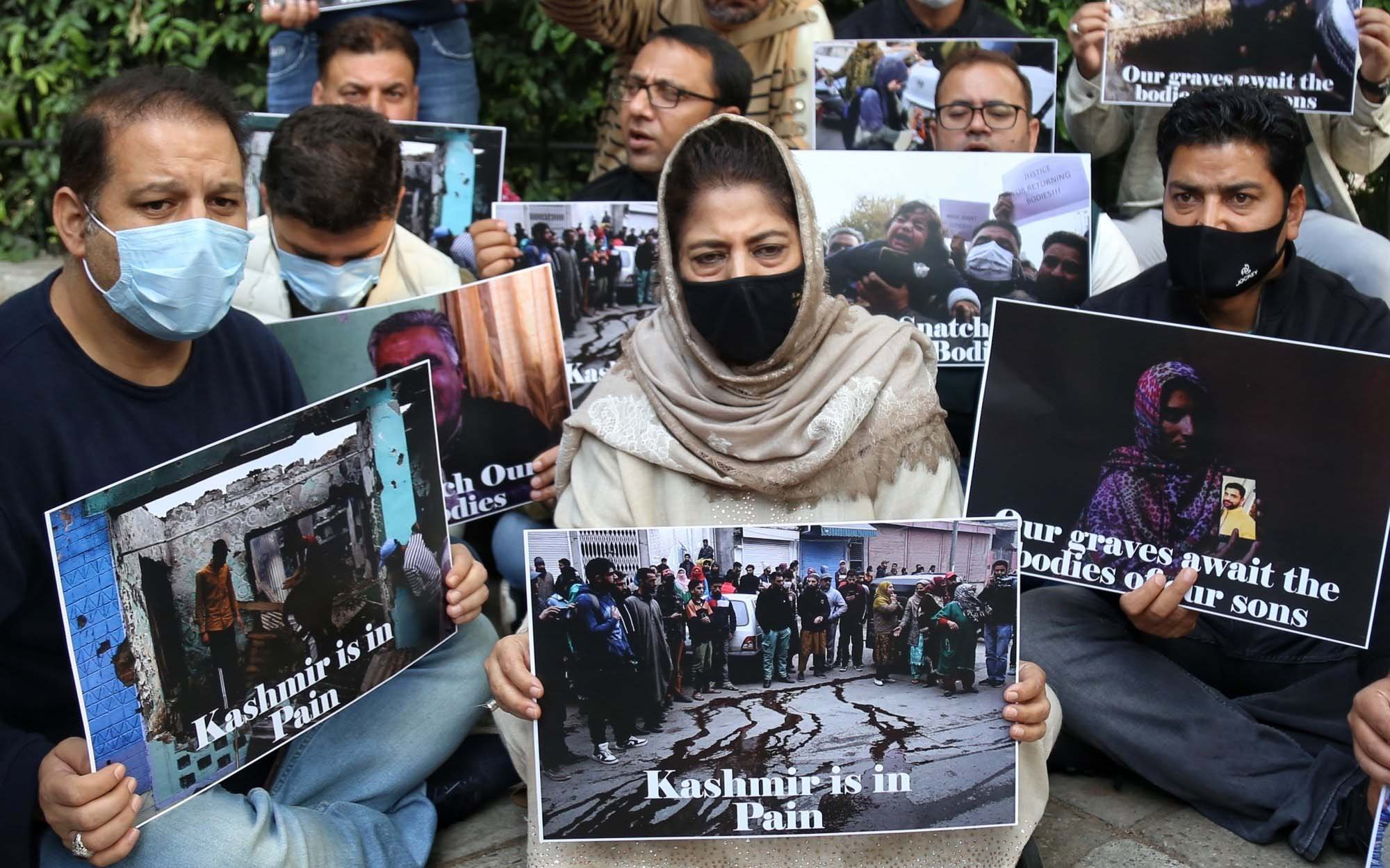 It is very unlikely that the demand for the withdrawal of the AFSPA from Northeast and J&K will find any traction at the national level where there exists a near political consensus about the continuation of the law, which is seen as necessary to reign in the militancy. A report by Riyaz Wani

The killing of fourteen civilians has brought the focus back on the need to repeal or at least modify the Armed Forces Special Powers Act. The debate has also resurfaced in Kashmir Valley where it has all but faded out from public discourse in recent years. More so, following the revocation of Article 370 in August 2019 since when it is seen as a holy grail, an intrinsic fact of Kashmir’s life.

Former Jammu and Kashmir chief minister and People’s Democratic Party (PDP) chief Mehbooba Mufti was the first to ask for the withdrawal of the Act from the North East and also from J&K.

“AFSPA should be removed area wise where militancy has reduced. This can be a good start in northeast states and J&K. After all we live in a democracy and you can’t keep people together by using force,” said Mufti during a media interaction in Delhi.

Former J&K Chief Minister also accused the government of working with a colonial mindset. “J&K has become a laboratory. They started the testing for destroying the constitution with J&K by removing Article 370, then [through] NRC (National Register of Citizens) and CAA (Citizenship Amendment Act).”

On the other hand, the J-K National Conference MP  from Anantnag Hasnain Masoodi too supported the demand for repeal of AFSPA in Parliament saying the law has impacted J&K the most.

However, it is very unlikely that the demand for the withdrawal of the AFSPA from Northeast and J&K will find any traction at the national level where there exists a near political consensus about the continuation of the law which is seen as necessary to reign in the militancy.

The AFSPA was enforced in the Kashmir Valley in 1990, a year after the outbreak of militancy, and was extended to Jammu a decade later. The Act gives the armed forces immunity from prosecution while operating in the internal conflict zones. During the campaign for the 2014 Lok Sabha election, Omar Abdullah and his father, Farooq Abdullah, had accused the Opposition People’s Democratic Party (PDP) patron Mufti Mohammad Sayeed of having enforced the AFSPA in the state when he was the Union home minister in the VP Singh-led government at the Centre.

But the army has consistently stonewalled the bids to revoke Article 370 by invoking worst-case security scenarios should the AFSPA be lifted, even if partially. That was, even when militancy was at its lowest ebb in J&K.

In 2011, with militancy-related fatalities down to 183, the then General Officer Commanding of the Army’s 15 Corps in Srinagar, Lt General Syed Ata Hasnain, had even highlighted the unlikely possibility of Kashmir becoming an independent nation by 2014. This escalation of anxiety has been typical of the army whenever it has felt threatened by the possible power vacuum that the AFSPA lifting could leave behind. Hasnain, in fact, put his foot down when many in the then UPA government, including the then home minister P Chidambaram, were inclined to review the Act.

In fact, the home ministry under Chidambaram had even proposed amendments to the law. Some of these included dropping the phrase “even to causing of death” as a permissible consequence of firing, or use of force by the armed forces. It also proposed providing for a grievance redressal mechanism to address complaints regarding AFSPA abuse. Significantly, the proposed amendment stipulated to set up a redressal mechanism under both civilian and armed forces administration to probe genuine complaints. The amendments also stipulated that Army carry out its operations in presence of a civilian magistrate.

However, the Army note which was then circulated in Cabinet Committee on Security didn’t largely go along with these proposed amendments. Army said Section 7 of the AFSPA offered protection to security personnel acting in good faith in their official capacity, and their prosecution is permitted only after sanction of the Central government. The Army also reasoned that it was not practical to look for a magistrate during an encounter or to wait for a search warrant to enter a house where the militant is likely to be hiding.

“Any delay would allow him to get away thereby nullifying the efforts of the Army to conduct pro-active actions,” the Army note read.

But human rights observers in Kashmir argue that the AFSPA has taken a huge toll in Kashmir, among them the people who have been subjected to enforced disappearance, in which several security agencies including in a number of cases the militants are involved. The figures of the disappeared have varied in the state. While the human rights groups put the total number of missing at around 8000, the government’s own number has wildly varied over the years.

In 2002, the then J&K home minister Khalid Najeeb Suharwardy told J&K Assembly that 3,184 people had disappeared in the then state from 1989 to 2002. The figure was subsequently revised by the PDP-led coalition government at 3,931 disappearances from 1989 to 2003. Ghulam Nabi Azad as the Chief Minister pegged the number at 693 in 2006 and then Omar as chief minister while replying to a query in J&K House on March 31, 2011 put the number at around 113 people. However talking to media as an opposition leader in 2008, Omar had said the number of the disappeared in Valley was around 4000.

Case for AFSPA revocation in Kashmir pivots on two main contentions: one, that is often advanced by the Valley-based political class in the former state is the considerable decline in militancy in recent years which in turn has seen a corresponding reduction in counter-insurgency operations. J&K Police figures over the past six years have estimated the number of militant figures at around 200, most of them concentrated in South Kashmir. Districts like Budgam, Ganderbal, Baramulla and for that matter even Srinagar and the districts in Jammu have witnessed a sharp drop in the violence.

Second reason is a widespread public perception of the AFSPA abetting human rights violations by the security forces. The law gives the army and the paramilitary forces sweeping powers to conduct their operations as “under this Act, no prosecution, suit or other legal proceeding shall be instituted,” against the security personnel acting in good faith in the line of duty.

And it is these two grounds that the Valley politicians have tapped into to often fashion a political narrative for the phase-wise rollback of the law – beginning with two districts each in Kashmir Valley and Jammu.

The debate on the AFSPA is no longer black-and-white. In many ways, what was once an undoubtedly draconian instrument of the state is seen — at least in political, if not in humanitarian, terms — to have a context. National political parties see it as necessary to not only ensure protection for the security forces deployed in combat operations but also maintain their morale.

So, there is little hope that the union government will even consider the modification of the ASPA let alone repeal it.

“Only way the law could be hoped to be repealed if Kashmir as an issue is resolved sometimes is in future,” said Naseer Ahmad, author of Kashmir Pending. “But that seems unlikely to happen in the foreseeable future.” 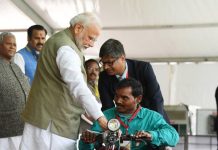 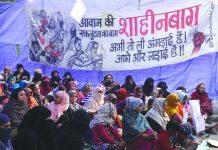