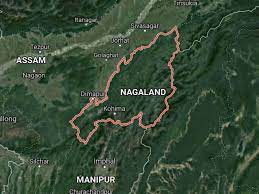 The fortnight before the year end has been very tumultuous. India lost its first Chief of Defence Staff, Gen Bipin Rawat along with 12 others in a helicopter crash near Coonoor in Tamil Nadu. It was during this fortnight that the farmers called off their year-long agitation at Delhi borders after Prime Minister Narendra Modi unexpectedly conceded their main demands. It was also during this fortnight that the death of 15 civilians in firing by security forces in Nagaland sparked outrage not only in the Northeast but all across the country.

Tehelka in the current issue has extensively covered all these events. Our cover story this time is the Ground Zero Report from Nagaland. It is clear now that the tip-off about the likely movement of insurgents was half-baked, if not downright misleading. In no case, bad intelligence gathering can be a justification for killing of innocents.

The Army has ordered a Court of Inquiry, while the Nagaland government has set up a Special Investigation Team to unravel the truth. There is a need to conclude the investigation rapidly to provide healing touch to the hurt feelings. However, it is a sad reminder that past inquiries have not inspired much confidence because no security personnel under the AFSPA has till date been charged for killing civilians.  Jammu and Kashmir is an example where during the past over two decades, the Centre has not given prosecution sanction under AFSPA in cases recommended by the State government against security forces.

Notwithstanding the logic provided by the government and the Armed forces, the unfortunate incident obviously is the result of complete impunity provided to the armed forces under the AFSPA. The Act currently remains in force in Assam, Nagaland, Manipur, three districts of Arunachal Pradesh, and areas falling within the jurisdiction of eight police stations of the State bordering Assam. The Nagaland Chief Minister, Neiphiu Rio and Meghalaya Chief Minister Conrad Sangma have immediately demanded repeal of this Act.  There is a need to understand that AFSPA must be brought to a halt and the long-pending demand for its repeal acceded to before the Act breeds political anger.

Priority should be to ensure that the tragedy does not escalate into any further violence and instability in Nagaland.  The incident has the potential to spoil the bonhomie and the fragile Naga peace talks between the Government and the National Socialist Council of Nagalim. A high-level political intervention is required at this juncture. Prime Minister Narendra Modi may want to consider a visit to Nagaland, with a message of regret about what happened and reassurance that it won’t happen again to restore civilians’ faith in security forces.  This will strengthen political credibility and show genuine remorse.