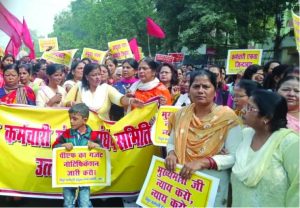 Mystery surrounds over delay in the much-publicised move of the government to transfer the investigations of illegal investments of 4,122.7 crore from the provident fund (PF) corpus of power employees in scam-hit Dewan Housing Finance Corporation Limited (DHFL) to the Central Bureau of Investigation (CBI). It raised many eyebrows as scam trails the conduct of some senior-most bureaucrats who were at the helm of decision making process.

Meanwhile, the state government has come forward to defuse the upcoming indefinite stir call given by thousands of power employees and engineers of Uttar Pradesh Power Corporation Limited (UPPCL), under the banner of Vidyut Karmachari Sanyukt Sangharsh Samiti (VKSSS) after they went on a 48-hour successful work boycott call.

The state government issued a government order on 23 November, assuring the agitating employees that until the recovery proceedings are carried out by the trusts the government would provide interest free loan to the Power Corporation to clear liabilities of employees in case it fails to do it from its own resources. The employees have put off the agitation to normalize its operations.

The government has also started the process of disinvesting the PF corpus in two other non-banking finance companies as well — LIC Housing Finance and PNB Housing Finance, which would be invested in other public sector financial institutions as per norms.

The power employees had apprehended losing their entire corpus after the Reserve Bank of India (RBI) on 20th November, 2019 superseded the board of DHFL and appointed a former banker as the administrator of the financially stressed company.

The state congress chief Ajay Kumar Lallu is consistently attacking Power Minister Shrikant Sharma over the illegal investment of 4,122.70 crore from the corpus of employees provident fund Trusts in scam-hit Dewan Housing Finance Corporation Limited (DHFL).Ever since the Congress General Secretary Priyanka Gandhi took jibe on corruption in PF investments during the BJP rule, its state’s president Ajay Lallu is unrelentingly raising the issue despite open threat of defamation from the Power Minister.

While maintaining that most of the illegal investments in the tainted DHFL were done during BJP rule under the power minister Shrikant Sharma, he must step down on moral grounds. He questioned why big fishes are being spared and investigating agencies have not shown enough courage to catch them? Why investigations were not taken over by the CBI? Why government is shielding senior IAS officers who run these corporations? The government has maintained studied silence on such relevant questions remained tight-lipped.

Initially on 2nd November, Power Minister ShrikantSharma had said that since, DHFL investments were made after flouting norms, the government had recommended a CBI probe with the state economic offenses wing (EOW) probing the case till the central agency takes over. So far, five persons, including three retired and serving UPPCL officials, have been arrested in the case but investigations were transferred to CBI.

VKSSS Noida convener Jitendra Shandilya said, “We demand the immediate arrest of the chairman of the corporation and other IAS officers responsible for the scam. It is only under the regime of the present chairman that an investment of nearly 4,122 crore has been done.”

“Funds over 99 per cent were deliberately invested in their three othercompanies, of which 65 per cent alone in DHFL. The officials involved in this scam adopted all illegal means to share the spoils of this loot,” Shandilya added.The agitators were also demanding the immediate release of a white paper relating to investment of GPF (government provident fund) and CPF (contributory provide fund) by the state government.

The general employees of the power corporation feel that the magnitude of PF scamis so high that it could notbe happened without the deep and active involvement of top most bureaucrat. Delay in handing over the probe to CBI further create suspicion in the minds of employees that administration is deliberately hiding their names. 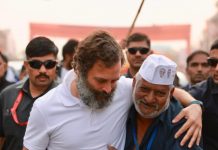