Hopelessness and concerns aroused worldwide as Burma (now officially known as Myanmar) lost an important opportunity to emerge as a sustained democratic multi-ethnic nation in Southeast Asia slipping back to square one again. Disturbing news broke out from Naypyidaw, Myanmar’s new capital in the early hours of 1 February 2021 that the country had gone under full control of armed forces.

The military, widely known as Tatmadaw in Myanmar, recaptured the power declaring emergency hours before the first session of new Parliament on the same morning. Pyithu Hluttaw, the lower house of Myanmar Parliament was readied to start its session where as the upper house (Amyotha Hluttaw) was scheduled to convene next day.

The military run  Myawaddy television channel  announced in the early hours that Myanmar was put under  emergency for one year using necessary provisions of the military framed 2008 Constitution and formed an interim government with U Myint Swe, a retired army general, as its President. The acting President was quick to transfer all legislative, executive and judicial powers to the military commander-in-chief senior general Min Aung Hlaing.

The fixed phone lines, mobile services, internet connections in different parts of the country were temporarily restricted. The government run radio and television channel (MRTV) announced that it was not running the show since the morning hours. Military personnel with armoured vehicles were deployed in several important locations including Naypyidaw, its former capital Yangon (earlier Rangoon), ancient capital Mandalay, etc.

The conflict started with the outcome of multi-party general elections, held on 8 November 2020, where the NLD nominated candidates achieved huge success but the military sponsored Union Solidarity and Development Party (USDP) suffered losses. Even after enjoying an advantage with the 2008 Constitution, where 25% seats are reserved in both the houses of Parliament, the USDP found the outcome (wining only 33 out of 476 available constituencies) as  humiliating.

On the other hand, Nobel peace laureate  Suu Kyi led NLD won in 396 seats in both houses of Parliament, which is far ahead of 322, the magic number to form the government in Naypyidaw. The daughter of Burmese freedom movement hero General Aung San, established a landslide win in the last general elections (2015) too, which she contested after her release from decades long house arrest by the military junta (then led by senior general Than Shwe).

The military authority (through the USDP) continued its accusation of widespread electoral  frauds, though without any evidence, by the NLD led government authorities. The country’s election commission ruled out any irregularity in the exercise. Domestic election observers also stated that the polls were credible. Later the USDP even approached the apex court of Myanmar even though the institution has very limited influence over the population.

“There is no evidence to support the fraud and the situation escalated rapidly over the last few days with the military refusing to rule out a coup,” said the London based Burma Campaign UK in a prompt statement issued after the declaration of emergency. It also that it is
unclear at this stage what the military hope to achieve by their actions as they have benefited significantly since they began the reform process 10 years
back.

Mentionable is that Myanmar’s top military general Hlaing, 64, recently revealed that the constitutional guidelines could be modified in the urgent need of law-enforcements and also to safeguard the country’s territorial integrity. Another military officer Zaw Min Tun, who functions as Tatmadaw’s spokesperson, asserted that the military would impose laws in accordance with the situation.

Myanmar had earlier experiences of coups in 1962 and 1988 since its independence (in 1948 from the British colonial administration). But this time international reactions were visible as the powerful nations criticized the Burmese junta for its miscalculation that the military can get away with any action which may destabilize the country to evade the ongoing path of democratic reforms.

New York-based Human Rights Watch urged all governments across the globe to come forward demanding the military to respect the national election outcomes, immediately & unconditionally release all detainees and relinquish power to the civilian government authorities. The global community should act in a coordinated and sustained way helping the Myanmarese people to choose their representatives in the Parliament, it added.

The influential group, while pointing out that Myanmar military personnel have a long history of using excessive forces to crack down on peaceful public, expressed concerns over the probable repressive measures against the protesting mass including the safety of democratic activists, military critics, journalists, etc. It also accused Hlaing for his active role in cleansing hundred thousands of Rohingya Muslims in 2017 from Rakhine (Arakan) State of Myanmar bordering Bangladesh.

Besides, the United Nations, United States of America, Canada, Australia, Singapore, etc, India also expressed deep concern over the military actions in its bordering nation. India, which was monitoring the situation closely, has always been steadfast in its support to the process of democratic transition in Myanmar and New Delhi believes that the rule of law and the democratic process should be upheld, said a foreign ministry statement.

Earlier, a number of Burma centric organizations denounced the apparent coup in Myanmar  and associated violence after suspending the civilian government and effectively returned full power to the military. The military should immediately and unconditionally release all arbitrarily detained and return to Parliament to reach a peaceful resolution with all relevant parties, added the groups including Progressive Voice, ALTSEAN-Burma, Women’s Peace Network, etc.

They also appealed to the  UN Security Council to convene an emergency meeting to respond to the situation including sending a delegation to Myanmar, the international community to urgently establish a comprehensive response, including targeted sanctions against the military and their partners’ business enterprises  and conditionality on diplomatic, economic and security relations, handover of power to a civilian-controlled Parliament.

Even though Suu Kyi has lost her iconic image in the international arena after the exodus of nearly 700,000 Rohingya people, which she seemingly did not resist to her capacity, but the lady continues to be a dominating politician among the 60 million Burmese. Barred from becoming the President of Myanmar by the military Constitution (as she had a foreign husband), Suu Kyi has to maintain fights both in domestic and international political space as she faced individual condemnations because of the military crackdown in various parts including the Rakhine region.

Lately thousands of Burmese nationals hit the streets demonstrating their angers against the coup following a call from Suu Kyi, where the detained democracy leader urged the people to resist the military misadventure (following civil disobedience, non-violence and non-cooperation). Quoting her, an NLD statement opined that the Tatmadaw’s action would only bring Myanmar back to the military dictatorship nonetheless they promised elections after the end of emergency to restore a civilian government.

An NLD aligned political activist, who wanted anonymity, said that many individuals make it’s a habit not to accept the defeat and hence raise questions over any challenges. They may be hardcore supporters of former US President Donald Trump or the Tatmadaw generals who fought elections but denied to accept the negative outcomes. However the Trump supporters failed to uproot the new regime in Washington DC as that country has a solid base for multi-party democracy, but in Myanmar the generals succeeded, he lamented.

The author is a Northeast India-based journalist. Views expressed are his own 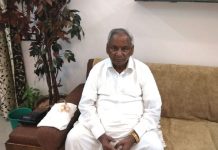