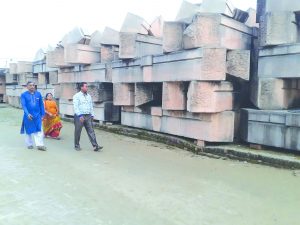 I sat forlorn after hearing the Ayodhya verdict. Even, I tried distracting myself but couldn’t
hold back all those memories connected to December 6, 1992 — the day Babri Mosque was destroyed in a seemingly well-planned and systematic way. The build-ups and aftermath memories of the destruction is still tight and make me nostalgic. Perhaps, I could call it one of those turning points in my life when I snapped the vital trust in the establishment post the demolition. It left me feeling emotionally hurt and bruised with the constant thought nagging me that the Sarkar was incapable of protecting minority structures, humans or otherwise.

In 1992, I was residing in a Sarkari residential colony of New Delhi. Days before that fateful day, so much apprehensions were growing among the Muslims that the Muslim civil servants were packing their families back to their ancestral places, mohallas, clans. We decided to stay put, though the fear was mounting because of violence witnessed during the 1984 anti-Sikh riots when the police machinery couldn’t protect the Sikh civil servants residing in official bungalows at Lutyens’ Delhi. What if the goon brigades attack the Muslim civil servants?

We removed the name plate outside our bungalow as it carried a Muslim name and holed up inside, worrying. Then came the final news of the mosque destruction that hit us hard. Everything snapped and crumbled. At first, we couldn’t believe that in a democratic country like India religious structures could be so systematically destroyed in the presence of thousands of eye-witnesses. Not to overlook the so-called security bandobast (arrangement).

Stress levels compounded as another news came in of police force firing, killing and hounding Muslim protestors who were against the mosque demolition as to mourn or protest freely was also not permitted Uttar Pradesh. Not to forget the incidences when Muslims were targeted ruthlessly on aboard trains and buses, their houses being marked to attack — taking back to the horrifying partition times.

And those days, I would set out to visit Seelampur locality in Delhi to report about Muslims facing the worst possible police brutality. One incident left me numb with shock when several Muslim men shared with me the level of police brutality inflicted on them. They shared that police would look for circumcision marks to pick the Muslim men and then will begin the torture.

The mosque destruction brought the communal elements to the fore. I am talking of the so called educated and liberal class who would mouthed the worst possible comments not just in social get-togethers but even in official meets, etc. And yes, they got away with it. If LK Advani and all the kar sevaks could get away with all that mosque destruction and other series of destruction that followed, so, why couldn’t the rest of them?

Do you remember the one striking picture of LK Advani, Uma Bharti and  Murli Manohar Joshi gleefully hugging and clasping each other at the mosque  demolition site? I cannot erase that  picture from my mind, more so because instead of facing any trial or punishment or imprisonment for the mouse destruction, the three were amply rewarded — LK Advani as deputy prime minister, Murli  Manohar Joshi as  Union HRD  minister and Uma Bharti as chief minister of Uttar Pradesh and later as Union Minister.

Advani’s rath yatra (chariot tour) was solely responsible for bringing in poisonous divisive forces and dividing communities. Communal characters together with their poison dripping speeches came to the fore with no end to it till today. Mind you, these political opportunists were not labelled terrorists, though they terrorised the entire minority community. Ironically, this terror striking lot were made the new rulers of the land instead. What a dangerous situation, you destroy a religious structure yet no punishment awarded?

The Babri masjid destruction bared some ugly truths. Sad, it demolished the idea of India. As the well- known historian Professor Irfan Habib, former  chairman of Indian Council of Historical Research and former Professor of  History at the Centre for Advanced Study in History at AMU, told me during the course of an interview: “There wasn’t a Hindu or Muslim reaction to the destruction of the Babri masjid…as an Indian, I felt insulted and it was a blow to the image of my country. The destruction of the 475-year-old mosque brought shame and dishonour to the country. It is not a question of Hindu or Muslim but the very destruction was an insult to the country and its citizen, an assault on the Indian secular consciousness. ”

Today, Muslims are sitting sad and silent because of apprehensions and build ups. Their worries are compounding on two accounts — what will happen to other mosques in the country, especially, those mosques in Mathura and Kanshi which the right-wing parties have been voicing a claim that once- upon a time those mosques were temples too. What’s going to be their fate in terms of the security? That dent on their identity is furthering and in itself is a matter of worry. The ground realities are turning darker and murkier, with the right-wing brigades and private senas holding sway.

If only we could hum along these lines of Baba Bulleh Shah, from our  bruised hearts…

Karnataka: 2 killed, over 40 trapped as under-construction building collapses in...