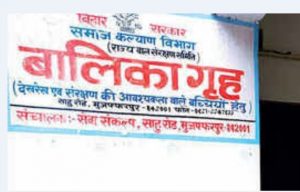 The Muzaffarpur Municipal Corporation (MMC) on December 11 has initiated the process for demolishing a shelter home building, with the Supreme Court refusing to entertain a plea for stay filed by Brajesh Thakur, the main accused in the case that involved alleged sexual exploitation of over 30 minor girls who used to stay there.

The shelter home was vacated by the Bihar town’s civic body on December 11 ahead of its demolition, an MMC official said.

MMC Commissioner Sanjay Dubey said while the permission was taken to construct a one-storey building, three stories had been built.

Municipal authorities said that the demolition work has been started and its cost will be met from the auction of goods in the home.

“We (corporation) got the Muzaffarpur shelter home vacated to demolish its building. A seizure list of articles belonging to the shelter home was prepared under the supervision of the magistrate. The videography of the entire building has also been carried out,” MMC city manager Om Prakash said.

The MMC commissioner further said that the civic body would start demolishing the building soon after preparing the seizure list and completing the videography of the entire building.

The corporation had on November 12 ordered complete demolition of the shelter home building on Sahu Road.