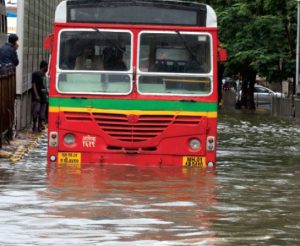 The system will help make the city become more resilient, by providing early warning for flooding especially during high rainfall events and cyclones. Using this, it will be possible to have an estimate of the flood inundation 3 days in advance, along with 3 hours – 6 hours Nowcast (immediate weather updates). It will be very useful, especially if people need to be evacuated from low-lying areas as we will be able to forecast 12 hours in advance that a particular spot may get flooded.  The system will also forecast the rainfall in each pocket.

In his address through video conference, the Union Minister Dr. Harsh Vardhan congratulated the scientists at Ministry of Earth Sciences (MoES) who developed the flood warning system and said, we are no less to anyone else in the whole world in terms of science. “Mumbai floods, especially that occurred in 2005 and 2017 are etched in everyone’s memory. This highly advanced flood warning system will help the people of Mumbai in a big way. A similar system was already developed by MoES and is in operation at Chennai.”

Dr. Harsh Vardhan further said that MoES scientists have developed the best early warning system for tsunami in the whole world and have never given a false alarm on this issue. This service has also been extended to the countries in Indian Ocean Region who are being highly benefitted.

The Chief Minister of Maharashtra Uddhav Thackeray stated that the state-of-the-art flood warning system developed by MoES is like a gift to the people of Mumbai. In the context of the health disaster as well as the recent Nisarga cyclone, he said that both blood management and flood management are equally important. The Chief Minister congratulated the MoES and IMD scientists for accurate prediction of Cyclone Nisarga and monsoon in the state. Early prediction of Cyclone Nisarga by IMD helped the state government in saving the state from a bigger disaster and loss of lives, he said.